Blog
Dating online: Is she a scammer or is it a false alarm? 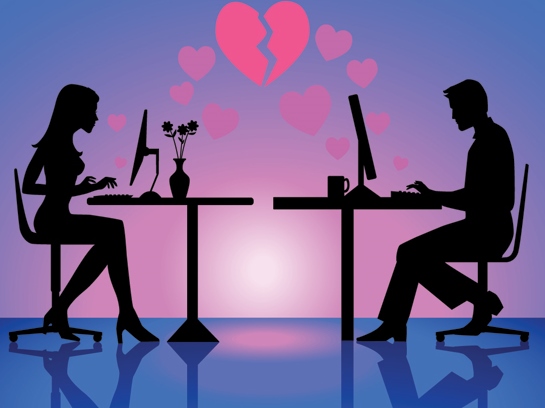 Dating online: Is she a scammer or is it a false alarm?

While dating on-line it is really important to be aware that scam exists and dating sites cannot be 100% safe. Having so many members at the dating site it is simply impossible to check every single person. And it doesn’t matter if you are using a free or rather expensive dating site. So what to do? Not to go online? Nonsense. Just be attentive and smart. But there is another huge problem. So many people are so afraid of scammers that they get paranoid and this prevents them from the best – from meeting someone truly special.

Let’s talk about false alarms. I will share some stories with you.

Several years ago I was interviewing one American gentleman. Let’s call him Jeffrey. He was in his early 40th, tall and pretty handsome. Before choosing matchmaking service Jeffrey has used several rather expensive dating sites so he was pretty “experienced” in dating on-line. During my first interview with Jeffrey he told me that he knew that all dating is a total scam but he still would give it one last try. I have asked him if he has experienced scam before and if he could share this experience with me.

Jeffrey loved talking so for 40 minutes he was telling me about his “scam” experience in Ukraine. He was talking to 10 ladies on-line. After two months he has decided to fly to Ukraine and to spend several days in Nikolayev (small town in the south of Ukraine). There he has met 8 ladies from 10 he was talking to. They all were from different backgrounds and totally different age groups and looks. I have asked him how many second dates did he get? His answer was 2, which is rather low if you keep in mind that he had 8 first dates. I have asked him to describe his first dates and second. He said that all first dates were about 40 minutes and up to 2 hours with some ladies and they all were scammers. I have asked him to specify why did he think so. Jeffrey has answered that they were all scammers because he has spent time and money talking to them on-line and flying to meet them in Ukraine and then he paid for coffee or dinners with them and he was still single. I have asked him if any of the ladies had asked for gifts or money while corresponding with him. His answer was – definitely not, otherwise he wouldn’t be seeing them.

Then I have asked him who has paid for the dinner and coffee and he has immediately answered that of course he has paid because he is a man and he has asked the ladies out. Then I have asked him did he consider the fact that when he was meeting those ladies in Nikolayev, Ukraine and in USA that they were not scammers but they simply didn’t like Jeffrey? His answer was – “but they were replying my letters”. Well, probably they liked your letters and “on-line Jeffrey” but in real life they did not feel that special something. Jeffrey said that I knew nothing about dating and he doubted I could help him. Well, at that moment I really couldn’t help him.

He has contacted my manager 3 month later and has asked to become my matchmaking client. My manager has answered him that he should have an interview with me before we can sign him as a client. During the interview he said that he was tired of on-line dating and all the dating sites he was using were full of scam and he wants to have dates via Matchmaking Company. I have asked him to tell me about his dating experience during the last several months. It turned out he has decided that all ladies in Nikolayev were scammers so he has decided to date ladies in Odessa, Ukraine. He had 7 first dates. One second date and no third date. After talking to him for almost an hour I have told him that I would recommend him to become my dating couching client and not a matchmaking client. He was furious. He said he doesn’t need any brainwash like coaching and all he needed was dates with normal women who were not scammers. Did I mention that my matchmaking services at Diolli.com costs more than coaching? Anyway, I have agreed to have him as a matchmaking client, but if I see that his first two dates do not go well then we will start coaching before matchmaking.

Jeffrey has arrived to Kharkov, Ukraine. I have introduced him to a romantic 32 years old divorced lady who had blond hair, blue eyes and degree in Business and Finance. After the first date with him she has refused to use my services. I have lost a beautiful client who looked like blond Scarlett Johansson. For the second date I have introduced him with my English interpreter who by the way was single and searching for her best half so everything was appropriate. Her date with him lasted about an hour and after that I have spent with her almost an hour on phone. It turned out Jeffrey is a fan of YouTube pick-up gurus so at the date he was using lots of “Baby, I like your boobs” phrases and “Do you want to check my hotel room with me”. It was not a surprise that he didn’t get many second dates. The next day I have tried to talk to him, but he was denying such phrases. He told me that the ladies I have introduced him to were just not beautiful enough so it was his decision not to see them again. I have told him that I would provide him a refund according to the agreement and would cancel all the other dates that were planned for him. A day later he has agreed for coaching. It was a long and not always easy journey for Jeffrey and me but in 4 months he had 4 first dates with beautiful interesting Ukrainian ladies and he got 3 second dates and 3 third dates and it was hard for him to understand which lady he felt more attracted to, but it turned out to be a beautiful sexy 30 years old brunette lawyer. Jeffrey was my couching client for the 6 more months because he was afraid to “screw it all”.  According to the last photos his beautiful sexy brunette lawyer girlfriend has posted on Facebook they just have returned from another trip to Mexico where she has taken her 5 years old daughter. Jeffrey has referred me as a dating couch to two friends of his. They both have asked if I can do the same thing to them that I did to Jeffrey because they want to be as happy as he is.

Returning to our question, do you think Jeffrey was scammed during his first trips to Ukraine or was he just ruining all his dates?+

Pretty often we feel like we know it all and are sincerely surprised when our actions don’t give us the result we want.  Sometimes all we need is a professional adjustment of our dating strategy and sometimes strict dating coaching. Never forget that where you invest your love you invest your life.

If you want to hear more stories like this and also learn the “red flags” about scam on-line I invite you to visit our YouTube channel and of course follow the blog of Diolli.com. We will cover many interesting topics there for you.

One Response to “Dating online: Is she a scammer or is it a false alarm?”