Blog
How not to be fooled and scammed while dating online? 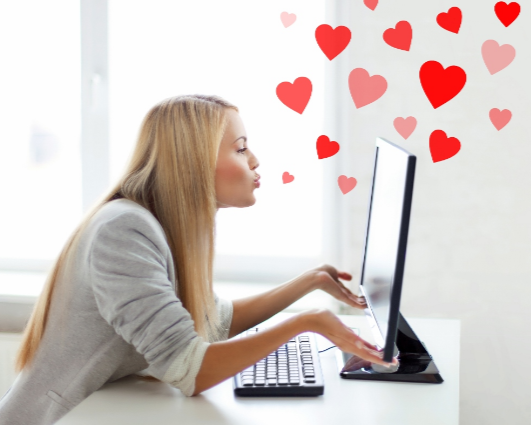 How not to be fooled and scammed while dating online?

There are many stories about scam on-line nowadays. Some of them are scaring, other are funny and sad at the same time.

At one of the IDate professional dating conferences I was lucky enough to meet and develop friendship with a truly fantastic organization called scamsurvivors.com. This organization is unique because they help victims of scam to overcome this experience and also to identify scammers at big dating sites. They fight scam and they are true heroes at this online battlefield.

When the founder of this organization first has found out that I am matchmaker from Ukraine he was sceptical. Later I have found out that when you deal only with the dark side of online romance you have to be sceptical. Some of the stories that he has shared with me about scammers all over the world were really terrifying. Especially I was shocked with the stories about men blackmailing very young women.

I went to that conference right after attending my client’s wedding so I had plenty of photos in my phone. I have showed him several and also some photos from other happy clients and he was really surprised. He told me later that I get all the good things, like weddings, engagements, babies, anniversaries and he has to deal with the dark side.

Why am I telling you this? Because while dating online you should understand that there is always a bright side and a dark side. If you concentrate only on a dark side and will try to be suspicious about everything the lady you try to get to know said or didn’t say or did on the first date then you risk to bring your negative thinking into possible relationship with someone wonderful and close the bright side for a very long time.

At Diolli.com matchmaking agency we do not practice correspondence or any contact before a personal face-to-face introduction. This is not the blind date because the clients both male and female approve the photos and information about each other before meeting in person. Classical matchmaking is an old-fashioned off-line service. It has proved to be efficient by many successful years and happy couples. But world and technologies develop. Pretty often people want to use something truly modern and quick – for example, a dating site. Just in several clicks you have thousands of singles to choose from. Sounds like a paradise, doesn’t it? Well, to be honest we have so many clients that have tried dating sites. Pretty often we happen to work with people who had have negative experience while dating online but to be honest really often some people simply beg to be scammed.

The gentleman was in his 50th and after watching several videos online he had no doubts that he was a true “dream” of every 20 years old girl in Ukraine. He was tall and had beautiful blue eyes. His hair was full and blond. He was slightly out of shape with a belly that just has started to grow but still he was a handsome man. If you would see him in the street you would tell he is 45-48 years old. He had three children and didn’t want to have more kids. He was at that speed-dating event at a small Ukrainian town where he has spotted a beautiful tall girl with long blond hair. He said he thought she was 22-25 years old. She was wearing a short red dress, high heels and bright make-up.

They have started talking and it turned out she was his son age – 19 years old. He told me there was a sparkle straight away. He could read in her eyes “all the romance of the world” and he had a feeling she could “see soul”. I can’t prove she couldn’t so I wouldn’t comment this. She was a student at local college and she dram to have Chihuahua whom she would call Justin like Justin Bieber. The gentleman said that they had “so much in common”. To make the story short they have spend together three days.

The girl didn’t speak English well enough so she has invited a girlfriend who studied at the faculty of foreign languages to help with translation. They went to the most expensive club at that town and have visited several restaurants. They have played bowling and he paid for her professional photoshoot. By the way she has decided not to take photos with him then. He said that she was talking about that Chihuahua all the time and on the date number three he has decided to get her one. They went to the specialized shop and he bought her a puppy. She was so happy! He said that he has expected “gratitude” after such a present, so after she got a dog he has tried to kiss her for the first time. She has refused. He tried to hug her but she has asked him to “keep his hands to himself”. He told me he has decided that she was sad that he has refused to by a special dog house for the Chihuahua and told her that he would buy her one after they “bring their relationship to the next level”. She has refused to go to that level and the next day has told him by sms that she was too busy to see him.

The next day again she sent him a message that she was busy at college. Three days after he called her but she didn’t pick up. He sent her several messages, but there were no answers. Then he has called her English-speaking friend and has demanded his 19 years old “girlfriend” returns the puppy or he would call the police and the police would find both of them by the phone numbers. I guess he has sounded convincing enough because the next day the girls have returned him the puppy. His “girlfriend” was crying, when she has returned him the puppy. The gentleman told me he was sure that that would educate her to be “more appreciative”. He has voiced the question that I had in my head. “Well, he said. I had to return her the puppy after all because they didn’t let me to the hotel with it and also I wouldn’t be able to take him on plane”.

“What has happened next” – I have asked for the first time since he has started sharing this story. He told me that perhaps that was too much because in the evening both his “girlfriend” and her girlfriend have turned their phones off. My guess is they have blocked his phone number. He said he tried to return the puppy to the shop but couldn’t do that. They were not taking him back. He had to fly back home in two days so he has decided to leave the dog at the hotel reception but they were not accepting him. He said he realized he was killing their “relationship”, so he sent her sms telling she should pick-up the dog. He said that she has arrived to the hotel the next morning and took the puppy. After that he has returned to USA and they have exchanged several letters and she has disappeared forever.

When I have asked him why did he think she has disappeared, he said that he has lost his temper when he got the puppy back and it has scared her away. Then I have asked him if he though he was scammed. He answered that definitely he was scammed because he “did everything for her” and she didn’t kiss him and was not intimate. I have asked him what age groups of ladies he considered after that story. He told me up to 25 years old. I don’t know if he has found what he was looking for because he decided not to be my client after I recommended him to consider ladies in their 30th – early 40th.

Obviously, that 19 years old girl was going out with him just to have fun and get a Chihuahua. For a moment I felt sorry for him, because no doubts he was used. But if you think longer about this the gentleman and that girl were worth each other. He has started buying her feelings and attention so she has started selling her time with him. I believe deep in his heart he understood fancy restaurants and Chihuahua have taken inevitable end of those “relationship” to the end three days later. It is sad because as I have told you he was an interesting man: successful in his career, good father, well-traveled, handsome adult man. I was thinking what would happen if instead he was introduced to a grown-up lady in her late 30th early 40th that could appreciate him? I guess we will never know!