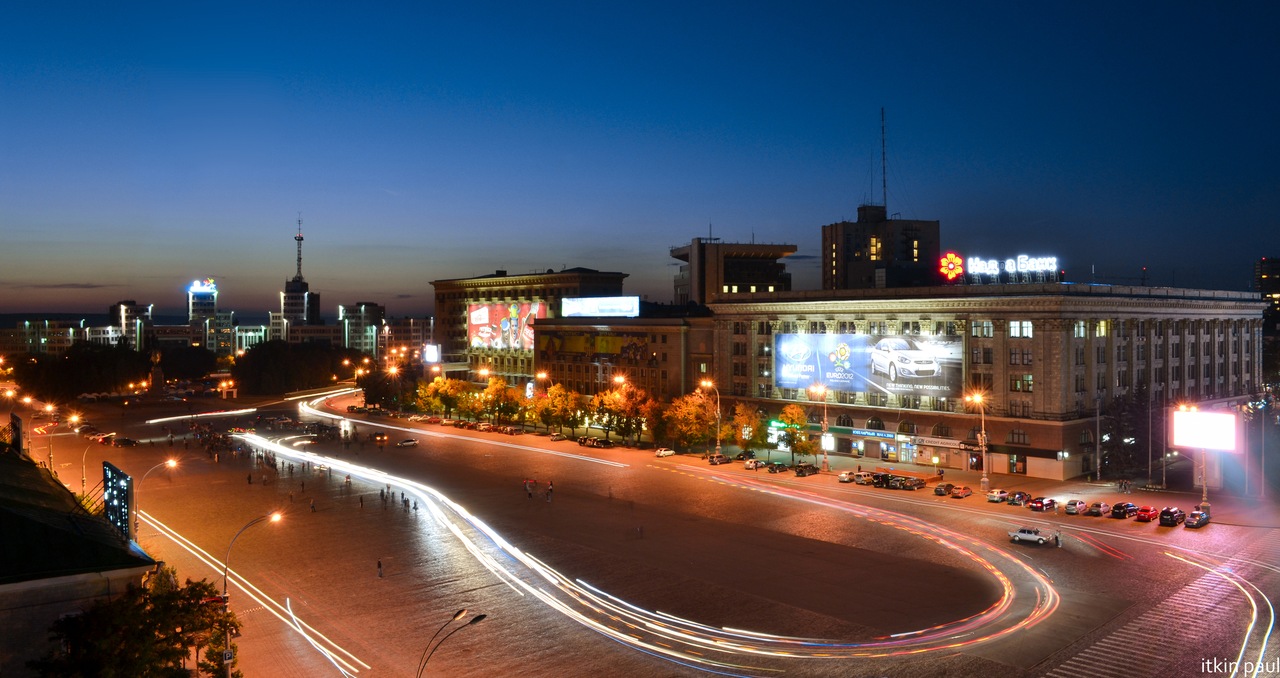 If you are lucky to visit Kharkiv, you must know that it is not a tourist city, however thousands of people from around the world come to it annually. Why do they do it? That is because Kharkiv is a very interesting and  unique city where historical sites stand along with modern ones, and where you can hide from the noise of the city in calm and peaceful parks. There are a lot of educational establishments and a good part of the population consists of students. That is why Kharkiv’s second name is “the city of students”.

When you visit Kharkiv, you will surely see its coat of arms, which was given to  the city by queen Yekaterina II. It has a horn of plenty crossed with the rod of Mercury, the god of trade. That is, probably, why Kharkiv has always been and will be a big trade, industrial and cultural centre of Ukraine. Still, it is an interesting place to come to at any weather and at any time of year.

According to historical records, Kharkiv started its existence in XVII century. In 1651 a wooden fortress arose on the banks of two rivers – the Kharkiv and the Lopan. It was built to protect Moscow State from the attacks of  nomad tribes. Underneath the fortress there were a lot of underground paths to hide.

As for the name of the city, there are two legends telling where it comes from. The first one tells that there lived a Cossack Khariton, known as Kharko. So the city is named after him. According to the second legend the city got its name from the river Kharkiv it stands on.

It is considered that Kharkiv was founded in 1654 and since 1669 it was the regiment city of Kharkiv Cossack regiment, and then it became the principal town of province, the trade and crafts centre, where a lot of fairs took place.

When you visit Kharkiv, you will learn that it is a pioneer city in many things. For example, in 1789 the first “non-moving” theatre in Ukraine appeared here; and actors from Moscow and St. Petersburg acted there together with the local ones. In 1805 the first educational establishment in Ukraine (Karazin University) was established in Kharkiv. And, finally, Kharkiv was the first capital of the Soviet Ukraine from 1917 to 1934.

There are a lot of places you have to see when you visit Kharkiv. Of course, you may need a guide to tell you some information about them, but I will give you some short descriptions as well.

The Mirror stream fountain, which is the symbol of Kharkiv, is one of the most beautiful sites in the city. It was built in honour of the victory in the Great Patriotic War.

The Memorial of Glory in the forest park is also devoted to the memory of the Second World War. There you will see the monument to Native-land Mother and the Eternal flame, which remind the younger generations about 200.000 people who died during the war in the fight for Kharkiv. The forest park itself is one of the most favourite places local people like to visit, and it is also the biggest city park in Ukraine.

During your visit to Kharkiv you must also see the Pokrovskyi Cathedral built in 1689, which is the oldest building in the city, and the Uspenskyi Cathedral, that can be seen from any place in the centre of the city. Both of them are situated in the historical centre of Kharkiv.

Another thing you must not forget to do when you visit Kharkiv is take a ride in our underground. It consists of 3 lines and 28 stations. The length of the underground is 36 km and about 800 people use it every day.

There are many more places that are worth talking about and seeing like Shevchenko park , Kharkiv Zoo, Gorkyi park, railway for children, cable-way, Kharkiv circus and lots of theatres and museums. So, when you visit Kharkiv, you will surely have no time to get bored and need more than one day to see all its beauty.