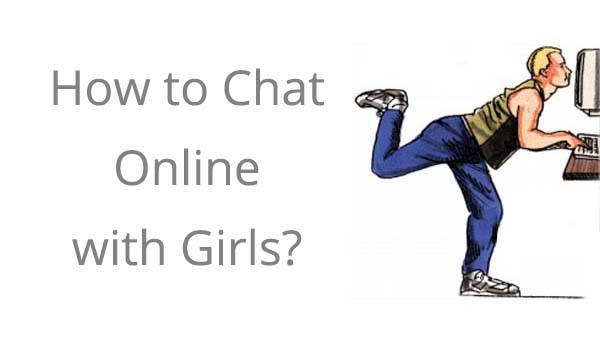 If you are going to start a correspondence or chat with Ukrainian lady via messages after using matchmaking services or any dating agency, this article is for you!

The gentleman can start with the off-line or online introduction and it will depend on the dating service and methods he chooses. For example, with matchmaking service at Diolli.com the gentleman will meet the lady from Ukraine in person and after that when he leaves Ukraine will continue to chat with girls online he was introduced to by email, skype or messengers like Viber or What’s Up. If the gentleman starts his search at the dating site, for example our partners Ukraine Brides Agency, then his journey will begin with the correspondence online that will hopefully lead to a personal face-to-face meeting.

Many potential relationships ruined during the stage of correspondence and communication by skype, flirting online with women might be really challenging.

The most obvious issue that many people unfortunately didn’t want to consider is time difference. For example, when one American gentleman wakes up in New York he feels like calling his lady from Ukraine straight away. It is early morning and he is still in his bed in his apartment. The sun shines seductively through the curtains. The first thing he does is calling his Tatiana right after the sexy dream he had. He starts telling how much he misses his baby girl and that he dreams to kiss her neck. He expects her to tell him that she misses him too and dreams to kiss him back. Right at that moment Tatiana is in the office and the boss listens attentively what a male voice whispers from the phone to Tatiana’s ear.

Do you think Tatiana feels happy at that moment?

Later that day when it is finally evening in Ukraine, Tatiana had a glass of wine with friends after work and took several photos to send to her attractive John. She waits for his compliments. She wants him to tell her that she is beautiful, attractive, seductive and sexy at this tight dress, but John doesn’t know that she has sent him photos. John is talking to his client. When he has finally noticed the pictures and starts opening them to the full screen, his colleague starts staring at the pictures from across the room, so John has to close the photos. Tatiana doesn’t get the reaction that she wanted and starts thinking “he doesn’t like me anymore”. Both loose points in the eyes of each other.

Another common issue is created by standard messages. I know it can be hard to ask a quite ordinary question “how are you” in a creative way, but if for several weeks you will text the lady “Good morning, how are you?” for sure after she reads it for 10-15 times she will get used to it and get bored. Your messages won’t give her the same excitement and she will be less and less enthusiastic about your communication.

So how to flirt with a woman online and how to keep her excited?

A female friend of mine has called me early in the morning and has asked if I can look at the message she got from the gentleman she has met at the dating site. I already knew that she was “talking” to this gentleman from San Diego for 2 or 3 weeks. They have started to talk at the web-site and after that he has found her on Facebook and now they were exchanging messages and photos in Whatsapp. She was really excited about this communication. The gentleman was really hot at his photos. He worked for IT company, loved historical movies and most important he was vegetarian just like my friend. Anyway, I have downloaded that photo and a big naked penis has started to stare at me from the screen. My friend kept asking me on phone “What does it mean?”, “Why did he send it to me?”, “Is he a maniac?”.

To be honest this was not what I have expected to see early in the morning, but I have started asking her about their last conversation and the topics they were discussing. Sometimes ladies provoke gentlemen themselves, so I wanted to know if this was the case. She has sent me the screenshots of their communication. They have discussed a movie, his new project and “how wonderful it would be to live in the same city”. There was nothing sexual. Actually their correspondence was modest and conservative. I have recommended my friend not to panic and to wait till he wakes up in the US and then text him and ask, why did he decide to send her this picture? She did so. He has apologized and even managed to turn it into the compliment (which was smart of him). Unfortunately two days after he has sent her a similar photo and that was the end of their “relationship”.

So how to flirt with a girl in online chat?

Hope these internet flirting tips were useful for you! Let me share some tips how to flirt over Skype when you do a video-call with a lady:

Basically you follow the same rules as offline, using jokes and being witty. But there is a small trick here, she can see you! Yes, you have to look groomed and attractive. Avoid wearing shabby clothes and looking exhausted. If you do feel tired and have had a tough day, better reschedule a Skype meeting with her. Smile sincerely and tease her, quiz each other what you would do if you were physically together right now.

Another friend of mine has met a gentleman from the US at the professional conference in Germany. They’ve spent several hours together after the conference (dinner and some flirt) and have exchanged the contact details. Three weeks of intense communication by messages and skype and the gentleman flew over to Ukraine to meet his lady from Ukraine. The meeting was filled with passion. They didn’t even have time to do basic sightseeing. 4 days after he flew back home and has invited her to fly to his city, which she did several weeks after. They did some sightseeing and watched several musicals. All the passion was gone. Now this lady is building relationship with a gentleman from Italy and she prefers not to rush things and to take is slow this time.

But does it always end up with nothing if we build relationship on passion only?

I remember a very interesting couple. She was in her early twentieth and was just out of the university. He was in his 30th and looked like the Vampire from the “Twilight” movie – tall, thick hair, pale skin and deep green eyes. He played the guitar and worked at the record studio. Their first date lasted 10 hours. The interpreter helped them because her English was pretty limited. The next day they went to the skating rink, dinner and ended up at the bar in the hotel where he stayed. They let the driver go home and spent the night together. The next day he called me to find out where could he buy the engagement ring? They got engaged only after 3 days of knowing each other and are married for 8 years already.

Frankly speaking this was the only couple that I know that got engaged only after 3 days of acquaintance. I believe this exception only proves the rule that you shouldn’t hurry love. Let love get ripe and blossom between you and your best half. At the same time don’t hesitate, if you are happy with the person next to you do your best not to loose this feeling and this person.

I wish you all strong mutual passionate love! Don’t forget to check the address before you send your sexy photos by email or they can end up by your boss, ex-wife or sister. Share with us some more flirt topics, which you find interesting in the comments below!