Blog
Types of men women are seeking for 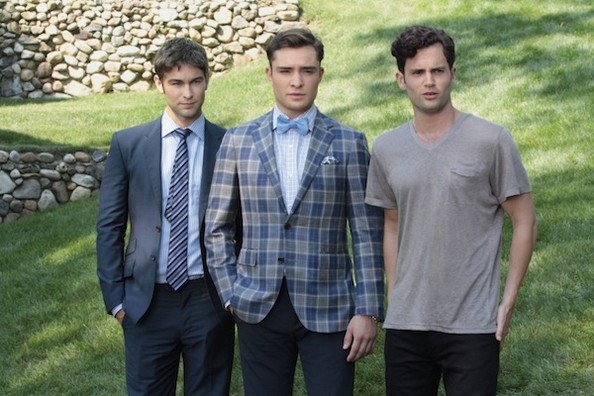 Types of men women are seeking for

Types of men women are seeking for

What type of a man do women like? A handsome one or successful? This article will tell you about the secrets of what women are attracted to in men. To tell you the truth, each type has one feature which differs from the rest and this is exactly what some females like and other think it is an inacceptable characteristic for a man.

Male classifications and types images appear in a girl`s mind from the early childhood years when every little princess dreams to marry a prince on a white horse. She has a vivid picture of what qualities her ideal man must have. In psychology it is stated that a girl builds an image of a future partner based on a father`s character and his attitude to her.

What type of man do women want? If we classify the main requests to Mr. Right, we can see several types. Each of them is not a set of definite characteristics, but rather an image, and every girl has her own image of the Mr. Right.

Some girls like “bad guys”, who are covered with mystery and danger. Of course, being a bad guy does not literally mean to be bad. He is hot-tempered, very determined and often leads rich and filled with danger life. They are usually powerful, fearless and makes decisions fast. Such type attracts girls on a dating level, but not marriage. Usually such guys are not very stable in relationship, they tend to be womanizers. I will share a story of my female friend who was dating a “bad” guy. She was brought up in a decent family with strict parents. When her peers were having fun, she was studying even on weekends. By the time she became 19, all her female friends were dating someone. She watched a lot of romantic movies and one of them was “Three meters above the sky”, where a decent lady meets a bad guy. She wanted to repeat the same story.

The main actor is super hot and handsome, he was wearing a black leather jacket, riding a motorbike and was taking her for a ride at night, breaking all the rules. She dreamt to meet the same type of guy. She went the first time to a night club with her friends and there she met Mr. Bad. His behavior reminded an actor from the film. She was really drawn to him from the first sight. They were talking all night, sharing stories. He shared a very touching story of his broken heart. She didn`t know back then that it was a pickup line. She didn`t have any experience in communicating with an opposite sex. He was riding a motorbike too. She didn`t tell her parents that she met such guy, because they would never let her date him.

She secretly met him once a week anyway. As an attachment became serious, she decided to tell about him. She was so in love, but he broke her heart. His life excited her and she became addicted to him. She needed to see him every day. He was always surrounded by females, had a great sense of humour and was always the soul of the company. He cheated several times, she forgave, but he was doing it again and again. It is the way he lives. They finally broke up.

Quite the opposite type women are seeking for is made up of touch-me-nots. Usually girls who choose a Mr. Shy do not have much experience in communicating with the opposite sex and start such relationship led by sheer interest.

Emotional women like guys who can bring them a storm of emotions. Unlike Mr. Bad, Mr Adventurer gets his dose of adrenalin not from “bad actions”, but from “crazy actions”. They love extreme kinds of sport and lively music. Their restlessness, bravery, energy and storm of emotions attract females as well as cheerfulness and being able to make something crazy and outstanding.

His contact sensations are highly developed, which makes him a fantastic lover. He makes women go crazy in bed as well as “outside” of bed. He notices every minute detail like making a gentle touch or giving a hand to help the girl out of the car. Mr. Seducer knows how to flirt and all his manners act like a magnet for the opposite sex.

Girls see such them as leaders and the ones, who are ready to take actions. Mr. Success is associated with stability and… money, which might be potentially spent on luxurious apartment, cars, clothes or jewellery. Mr. Success is always in great demand.

Every woman wants a man who knows what romance is. Mr. Romantic adores beauty, he is sensitive and passionate. Such type is interesting for those, who have good imagination and may picture every word Mr. Romantic will say. They can make a cozy and warm atmosphere even in the middle of a big city or somewhere in the deep woods. Such men lead a “beautiful” life, and attract women by being sincere and offering a chance to become a part of a wonderful world. It helps also in intimacy. Females are very emotional. They want to be recognized and feel that they are loved through small gestures. You can learn how to be romantic. You don`t have to spend lots of money to create romance. I know a couple where a gentleman makes small surprises for his girlfriend almost every day. It may be a cup of coffee with a heart on top, a delicious lunch, a love note left on table, a smiley face on a mirror after taking a shower. He likes organizing romantic dinner dates. It helps to keep the spark alive and affects their intimate life in a positive way. Their sex is more passionate and emotional. Sex doesn’t start in bed, it depends on relationship mood in general.

Mr. Usual prefers usual things, listens to usual music, leads a usual life and eats usual food. Mr.Usual is not choosy and the most tolerant (in comparison with the other types) in relationship, which is the main attraction for women. A usual guy is relaxed and satisfied with everything. Girls like him. Very often a usual guy can have some of the qualities peculiar to other types and may transform into them later.

Having read this article, you must have got a clear understanding of men types that women like. However, you must remember that these are only images, and you are a real man, whose character can mix different features, which you can use to win a girl’s heart. You can become the man every woman wants!

One Response to “Types of men women are seeking for”