Blog
5 Traditions You Will Only See at a Ukrainian Wedding 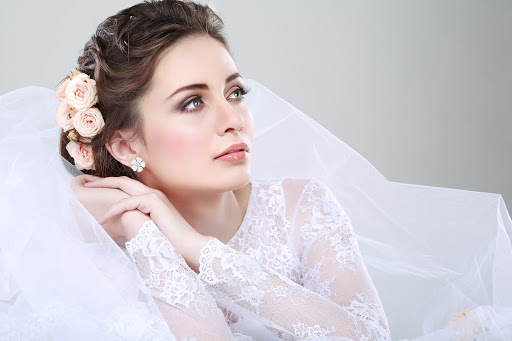 5 Traditions You Will Only See at a Ukrainian Wedding

Ukrainian traditions have always been a thing of interest for other natinalities because of their flavour; and a traditional Ukrainian wedding is not an exception. It is full of exciting and unusual customs and traditions. Even looking at them superficially, you will make sure that Ukrainians have a very original approach to wedding issues. So let us look at five wedding traditions you are most likely to see in Ukraine.

I will skip the part of engagement and asking the girl to marry and go straight to the wedding day, which usually starts with the custom called “ransom”.

In the morning the husband-to-be goes straight to the bride’s house to take her away from her parents’ nest forever. On his way the bride’s friends try to get a ransom for her with the help of different challenges. Going through them the groom has to show his physical abilities and wit. According to a traditional Ukrainian wedding custom, the groom has to pay some money if he fails to cope with the challenge. After all these trials, having paid the ransom, the groom takes his bride by the hand and they go to the church.

In ancient times Ukrainian girls of different ages used to embroider a “rushnik” – a special towel. Interestingly, each girl had to embroider enough towels to give to each guest at her wedding. Luckily, nowadays only one rushnik is needed. What for? To place a special wedding bread called “karavai” on it.

At a traditional Ukrainian wedding the parents of the just-married meet them with a rushnik and karavai. Both the bride and the groom have to break off a piece from karavai. The one who gets a bigger piece, will be the head of the family. Then both the groom and the bride dip their pieces of karavai into salt and feed each other. With that they promise that this is the last nasty thing they do to each other and they will never do anything bad during their married life.

This custom is one of the funniest in a traditional Ukrainian wedding. Its idea is to win tne mother-in-law’s favor by doing the following:

On the wedding day, the groom invites the mother-in-law to the centre, so that everyone can see her. He cleans her feet thoroughly. When he finishes, he puts new bought beforehand choboty (boots) on her feet. By doing so, the groom shows his benevolent attitude to her. Everything finishes with traditional folk songs and dancing around the groom and his mother-in-law.

This custom is thought to be one of the most moving moments during a traditional Ukrainian wedding. According to the tradition, unbraiding the already married bride’s hair is done by her mother-in-law. The freshman husband helps his mom with that. They gently take the wreath with ribbons off the freshman wife’s head and unbraid her hair. Then they put on a head scarf on her head. This action symbolises the Ukrainian girl’s new status — she is a married woman since now. After that the bride throws her wreath to unmarried girls to see who will get married next.

Usually, a traditional Ukrainian wedding lasts for two days. And the dressing up takes place on the second day. A young man and a young woman are dressed up as the just-married couple. The guests are having fun singing songs and dancing traditional dances during a true-to-life but fake wedding. This tradition appeared in old times  to deceive evil spirits and switch their attention from the newly-weds to a fake couple.

One may think that all these customs are too old-fashioned, still, if you take part in a traditional Ukrainian wedding, you will surely see them, maybe modernized a bit, but they still are an inseparable part of this occasion.