Blog
Courting instead of dating 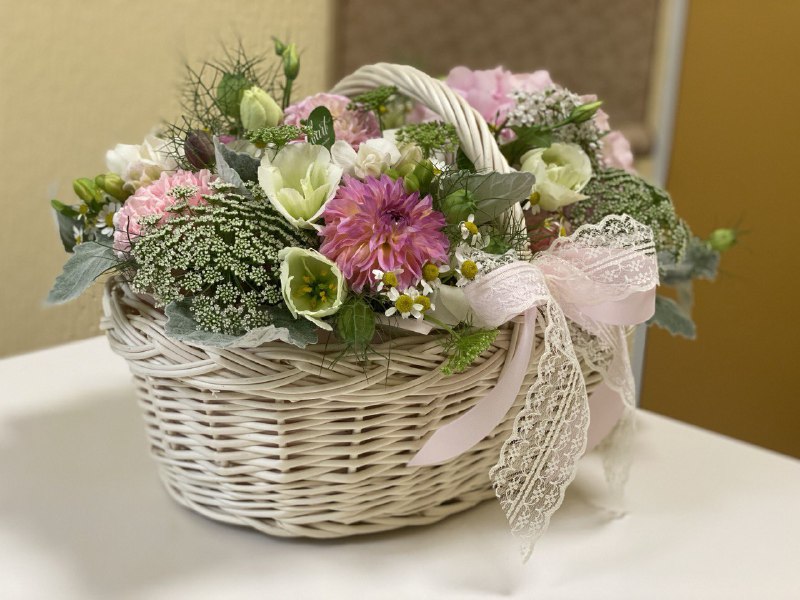 Courting instead of dating

Courting instead of dating

If you consider dating a Ukrainian lady, then you must be ready to court her according to Ukrainian traditions. Your western skills pretty often won’t work here. Women in Ukraine pay particular attention to the early stage of relationship which is called “the stage of candies and flowers”.

It is not hard to see a Ukrainian girl walking with roses or posting photos with a beautiful bouquet of lilies. Foreigners could assume she had a birthday recently but locals know – she had a date.

So, what is the real meaning of courting? What is it like to be courting a Ukrainian girl? As a professional matchmaker with more than a decade of practical experience, I would call it a period of time when a couple tries to build a romantic base for their long-term relationship. It is the time when a gentleman tries not only to show the lady his attraction and interest but also to prove that he is the best possible candidate.

This period of time helps a gentleman work on his flirting skills and brings out his creative side. It makes him more masculine and attractive in the eyes of ladies.

Courting someone means showing how much you care about the person, how special in your opinion she is.

Sometimes men find rules of courtship Ukrainian women confusing. For example, a 29 years old male client of mine from the USA was reluctant to buy flowers to present a girl on their first date because in his mind it was way too much. He has told us that back home if he brought red roses – his date would find it strange. He said he would probably do it if he was going to propose or maybe on St. Valentine’s day. Usually, we do not have this problem with our older clients. They find it romantic and old-school. Though there often appear some misunderstandings based on cultural differences. It is important to keep in mind that in Ukraine artificial flowers or bouquets with an even number of flowers are a huge no on a date because they are appropriate only at a funeral. Also, there are “dangerous bouquets” that are a direct ticket to the friend-zone, while they do not mean affection, attraction, or love.

There is no exact definition of courting but it is definitely different and includes its unique peculiarities in different cultures. As they say when in Rome, do as the Romans do, which means you can’t apply your western strategy while dating a Ukrainian lady if you want to be happy with the results.

So, let’s return to our topic “courting vs dating”. Is there actually a difference? After 12 years of providing matchmaking services which include arranging and scheduling dates, gathering the feedback from both a gentleman and a lady I can confess that very often modern dating has absolutely nothing to do with proper courtship.

So what is the main difference between courting and dating? First of all, in Ukraine, a lady can’t really court a man simply because it is against traditional gender roles here. Perhaps in other locations where modern feminism is really strong and women feel ok to ask men out, split the bills and really compete with males, perhaps there it might work but not in Eastern Europe.

Younger western gentlemen find it confusing because their dating culture is very different. They also often find the opening doors and standing up when she enters concepts ancient and too old-fashioned. Does she really need a male to do it? Certainly, she is capable of opening a door and she doesn’t expect all males at the planet to line up to open those doors. But she definitely wants to feel special when a male she feels attracted to decides to prove the feeling is strong and mutual by opening the door, bringing white tulips she adores, or covering the lunch they had shared.

Some people assume that Ukrainian women are materialistic while they expect a man to foot the bills. It is not so. Of course, a gentleman is not expected to pay a woman’s rent or dentist’s bills after 5 dates or even after being in an exclusive boyfriend & girlfriend relationship. The idea is ridiculous. It is expected though that he initiates a date and starts proving his serious interest. Even if a woman has spent 200$ on a new dress especially to wow this man and has spent 5 hours in the beauty salon to make her hair, nails, and skin look perfect – she will feel offended if he asks her to pay 5$ for her coffee.

Why does it matter so much in Ukraine who pays for coffee? If a woman has spent so much on a dress obviously she can afford to spend 5$ for a cup of coffee, so why to be so strict about this rule? First of all, no one likes stingy men. A lady will translate the desire of a male to split the bill as a huge red flag which literally says “if he is so stingy during the early stage of dating, what is he going to do if I become his girlfriend or God forbid wife? Is he going to make me pay for his coffee as well? And what if we have kids? He will be too stingy to pay for our kids’ summer camp and I will have to take care of all this myself?” And she crosses this guy out from the list of potential suitors.

At the same time, many men look at the same situation differently. In his mind why should he buy roses or even a cup of coffee if there is no guarantee they will end up in a relationship? He believes if they are in a relationship then he can pay for his girlfriend’s coffee and buy flowers, but this strategy simply never works in Eastern Europe.

So, is courting just about buying flowers and coffee? Is it all about money? Of course not, though flowers and footing the bills when going out on dates is an important part. It is about making a lady feel very special. Compliments, attention, spending time together are as important as buying the tickets when you ask her to go to the cinema together.

Of course, there can be exceptions to every rule. One of our female clients didn’t like cut flowers and preferred plants in a pot, she also didn’t eat meat and never wore real leather. She prefers cactuses and orchids. She is now happily married to our ex-client from Canada. He loves helping his wife growing their collection of little cactuses and never buys cut roses. She loves this about him and she simply loves him.