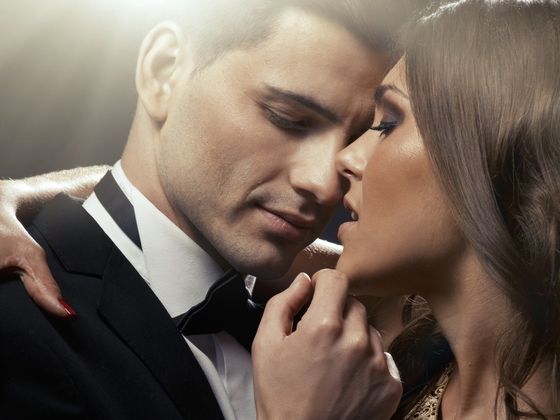 Not all that glitters is gold. But still physical appearance does matter in a relationship. There should be a balance between inner and outer beauty. Beauty is like a wrap of a sweet. We choose sweets by its cover, appealing paper and color until we unwrap them. If the taste is as good as its cover, we will stick to this particular type of sweet. The same is with people. We are attracted to beautiful people and stay in touch only if they are as good as they look.

People spend more time to make themselves beautiful, influenced by advertising and social media. While scrolling feed in Instagram and Facebook, you come across perfect bodies, gorgeous faces without wrinkles in the age when they are supposed to be there (all thanks to modern technologies). More and more people become health conscious, spending lots of time in the gym, struggling to achieve 6th packs like that guy in Calvin Klein advertisement, thinking that it is the reason why he doesn`t have a girlfriend right now.

Why does appearance matter?

Why is physical appearance so important when you see each other for the first time?

First impressions are a big deal. People use their “gut reaction”, the first 50 milliseconds can give you the whole vast of emotions about the person. You are going to be X-rayed quickly. Either it is going to be a good or bad impression, totally depends on you. A positive impression will add points to overall satisfaction. The person doesn`t know how smart, interesting or witty you are yet. They will pay attention to your appearance. You don`t have to be a super star (unless you came for the interview to model agency), but you should be prepared and neat.

The importance of physical attraction in relationships is controversial among ladies. Some of them consider handsome males to be philanderers, who are not able to have serious feelings and long relationships. However, if it comes to beautiful females, their good qualities are mostly taken into an account. Actually, this is how many magazines make money, teaching them to be beautiful.

Nevertheless, a handsome, and a well-groomed guy is a desirable partner. His looks are very important, especially at the first stage of relationships, being the factor, which makes them like each other and search for an opportunity to communicate with each other.

It is worthwhile to say that, probably, every male has asked his girlfriend if looks are important. However, it is impossible to find an unambiguous answer since every girl has her own opinion. More often ladies find men handsome if they are close in ethnic or national status, as well as those who remind them of some close people. Psychologists have proved that there are only two features of male`s looks, which are equally count in different cultures – height and muscles, while other features are strictly individual, what is more, they can vary depending on the country or city.

Still, every community has its own standards of beauty, i.e. an attractive and handsome man is considered to be such by many people, who live in the same area with him. Thus such avowed “dreamboats” are popular with the opposite sex.

However, there is a big difference between acknowledging a man handsome and a wish to have love relationship with him. It is proved that men and women who choose themselves beautiful and handsome partners, have a high self-esteem. While, people, who lack confidence and have a low self-esteem are more likely to choose a partner, who is not so popular with others.

How much do looks matter in relationship?

It is not enough to have an attractive appearance to turn a simple affection between into a deeper and more serious feeling. It is a well-known fact that some men can be in relationship with a silly and “empty” girl, who has long legs and big breasts. Maybe it is more about trophies. But women are not like this because they lose interest for handsome but silly men very quickly and the break-up is inevitable.

When the starting period of relationships finishes, looks stop being the key-factor. It is replaced by common interests and common perception of various life situations. The overall mood of a person is very important at this time. Still it is not the phase of relationships when you can show apathy, sadness or depression. The phase of transformation of liking into mutual attractiveness has to be accompanied by warm relationship, which is a vital part of success. A man’s looks are still important, though it is not the most important thing. That is why it is better not to appear in home or scruffy clothes, having bad mood.

Psychologists mention several phases of love: liking, attractiveness, infatuation and love. In fact, a man’s appearance is important only in the first two phases of love. Later on, when deep feelings appear, it is not a priority, but still plays not the last role.

So, are there women, for whom looks do matter and is the main criteria of their choice and why? It is a controversial question. In most cases, women who find a male beauty important, have no mean opinion of themselves. What is more, while choosing a partner they are animated by a desire to look more beautiful than they are in reality. So, if a girl has a handsome guy beside, she will be a real queen. Of course, most of people are confused and surprised seeing a handsome guy’s lady, who is not very beautiful, but little by little their opinion changes and they start thinking that if he has chosen her, she is worth it. Consequently, choosing a handsome male as a partner is a social deposit.