Blog
Happy marriage between two people, who are absolutely different 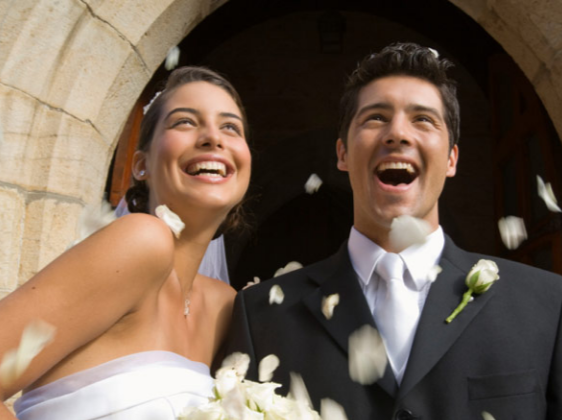 Happy marriage between two people, who are absolutely different

Happy marriage between two people, who are absolutely different

Extremes meet!? Have you ever heard this expression considering people who are in love with each other? Do you really believe that a happy relationship is possible between two people, who are absolutely different, like white and black? If you have not decided yet whether you agree with this belief, I offer you to read this article and look at this issue from the scientific point of view. If you have questions “how can I make my marriage better?”, “how to make my wife happy every day” and “what is the secret of happy marriage”, you are going to find the answers here.

In fact, science has already proved that if extremes meet at the “love battlefield” they do not have a chance to be together. Psychologists and sociologists have found out that humans, just like other kinds of animals, find themselves a mate, who is similar to them.

People, who want to have happiness in a marriage choose partners, who have similar traits of character, and whose social status resembles their own. The scientists have held a research, which showed that common interests and resembling traits of character are the key to being happy in marriage.

The researchers suppose that men and women want to have a person as popular with the opposite sex as themselves; and while choosing a partner, a person looks at the social-economical position of candidates.

During the experiment the researchers studied messages sent by the users (both men and women) of a dating site. As it turned out, the people, who were popular among others, first tried to communicate with users, who also had high popularity. And vice versa, those, who were shy and unpopular looked for a potential partner among the users, whose profiles were not so popular at the site.

The scientists insist that secrets of happy marriage is having resembling traits of character and sharing the same interests. Having held an experiment they refuted the myth that people with opposite qualities and traits of character attract each other. Moreover, establishing long-term relationships people look at absolutely different criteria.
978 students aged 18-24 took part in the research. They had questionnaires listing 10 characteristics of an ideal partner, which they had to rate, and then point out their personal qualities. These characteristics were divided into four categories: income and social status, family responsibilities, physical attractiveness and sexual loyalty.

The research has shown that in many cases the given characteristics coincide, i.e. people would like their partners to have the same qualities as they have. At the same time the research refuted the belief that women are after “rich guys”, and men look only at the outer beauty of women. In most cases, people chose themselves a life-partner with the same traits of character and qualities they had marked they obtained. So, beautiful women would look for a healthy handsome man, whereas wealthy men would look for a woman of the same social status and having a high income.

The researchers came to the following conclusion: before starting the search for a life-partner, most of people analyse their own “achievements” and then try to find their better half in the same “league”. It is absolutely natural, couples who have the same life values, common interests and who understand each other will have a strong marriage.

If you wonder how to keep your marriage strong, pay attention to the following tips for a successful marriage:

I asked my male friend to share an advice for a successful marriage with the readers:

Cherish and be kind to your woman, she will respect you and give you much more in return! Win-win situation!

However, choosing oneself a life-partner is not so simple. Some people compare it with a gambling game. You have to think over what you want to get, compare your preferences with what your potential partner has as well as with what other players have, and only after that you have to make your move. And who knows, if you are lucky, you will win a fortune – a person who you love and who loves you back.