Blog
How to get out of friend zone? 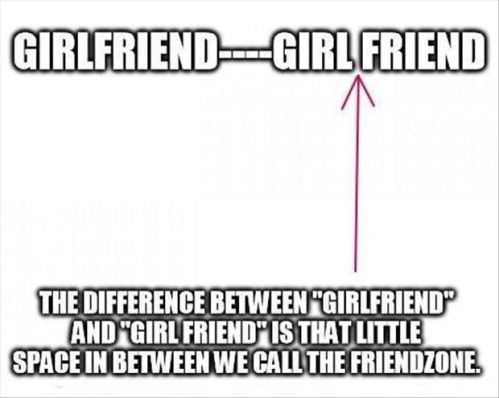 How to get out of friend zone?

How to get out of friend zone?

Have you ever heard this from a woman “You are a great guy, and I really like you, but only as a friend”. And here you are thinking there is strong mutual attraction and on the next date you will have your first kiss and in a few months you will celebrate Christmas together. And now she crashes all your romantic dreams and plans by claiming there is no romance or at least it is not mutual. So you start asking yourself how to get out of a friend zone?

As a professional matchmaker with more than a decade of experience under my belt, I can confess getting out of the friend zone with a particular girl is very often not only impossible but also unreasonable and unnecessary. She doesn’t want you. Period. She had a chance to build a relationship with you and to grow feelings, but for whatever reason, she has decided against it.

She doesn’t want to be your girlfriend! Do you really need exact reasons? Do you hope to find some remedy in those? Perhaps you believe you need closure to get a chance to move on?

What can I tell you, get over yourself and move on! You don’t need closure. You need to nurse your bruised ego, get over the fact that not every woman will be head over hills in love with you, and many will, unfortunately, find you not attractive, charming, tall, witty or kind, generous or smart enough (or at all) to potentially be a good match. She wants something more or something else. That’s her right! We all believe we deserve only the best. That’s in our human nature. You just do not match her definition of “the best”.

It is not even about your true feelings but your stubborn wish to prove how wrong she is. “Choose me back! Love me! I am a great guy – perfect guy for you”. Sounds childish and crazy, doesn’t it?

Sometimes right during the first acquaintance, a gentleman feels she is not into him, but he stubbornly wants to prove her wrong. Why? Because he can’t stand the idea a woman can turn him down or because he superficially likes her looks and age?

Not so long ago one of our male clients had 3 dates with two ladies. Afterward, the first girl whom we will call Natasha has told him she is not romantically attracted to him. But our client has answered stubbornly “I want to be more than friends”. Natasha has just smiled politely and turned down his invitation to go out again. The gentleman has demanded answers. Well, the answer is obvious – she did not like him enough to be willing to go out with him one more time. Very often there is no exact reason, there is a combination of different reasons: she was not too attracted to the looks and personality, she didn’t get the jokes, and felt bored during their last dinner together. The meeting didn’t reach her level of expectations or perhaps she has compared our client to another man she has recently met online and the comparison was not in the favor of our client.

However, the second lady – Marina has found him handsome, sweet, and interesting enough to be interested in getting to know him better. The gentleman was not sure and still cradled his bruised ego because Natasha was not interested. Marina has felt his indecisiveness during their next meeting. “How to escape friend zone” she was asking me after their movie date. She said Mike didn’t try to initiate any physical contact like holding hands or hugging while watching a movie. Also, he didn’t kiss her on the lips and instead just gave a quick peck on a cheek when he was seeing her off. They still had great conversations, but intimacy was missing.

Well, one can claim these are the signs you are in the friend zone. Also, these are the signs the other party is distracted or not interested. Is there a solution, a remedy to such romantic indifference? Is there a sense in trying to create mutual attraction? I would give it another date and try to initiate intimacy by flirting, playfulness, and light touching. By doing this you give the other party a chance to rethink their attitude and get engaged in the process of flirt and seduction. And if the other party is still friendly but not flirty? What does friend zone mean in this case? In this case, it means it is time to let the other person go and to move one to the next match with the attitude that you are just one person closer to your person.

Our client Mike has messed it up with Marina. He was still distant and cold during their next date and she has decided it was over. The gentleman later told us that if he couldn’t have Natasha then he wouldn’t settle for the consolation prize. That’s so mature, isn’t it?

We ended up introducing the gentleman to two more ladies and the story has repeated itself. One of the ladies – Irina didn’t show much interest but Mike has claimed he felt strong mutual chemistry and real connection and after the dinner with the other lady Tatyana has claimed they both were not romantically interested in each other. Tatyana on the other hand said she liked Mike and found him cute and fun and definitely wanted to meet him again.

With Irina Mike tried to be flirty. He brought her a huge bouquet of flowers for their second (last) date, has ordered expensive Champaign expecting to wow her. She drank Champaign with him and has accepted flowers but still didn’t return his feelings.

Mike told us he knew what was going on. He thought he was just “too nice” and that’s the true reason women did not feel romantically interested. Our idea was that he had to switch his perspective and start paying attention to people who find him interesting and attractive enough instead of chasing women who for whatever reason didn’t want him, well, he found this idea ridiculous. Because how come there are women who do not feel sexually attracted to him or find his jokes flat?