Blog
Interracial couples: to marry or not to marry? That is the question. 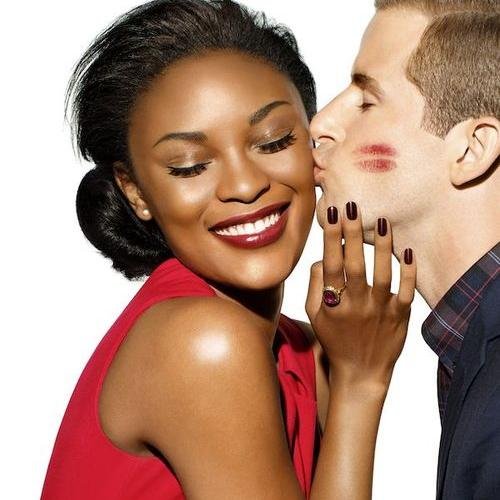 Interracial couples: to marry or not to marry? That is the question.

How many times have you thought about finding your true love? Have you ever imagined HER? What does she look like? I am almost sure that almost anyone who has just read my questions thought of a beautiful woman, still with a slight difference… The «SHE» had a different nationality or skin color for each reader. Is it good or bad? I am not sure. But I know that it is quite natural.

However, our life is an unpredictable game and very often we can meet interracial couples. Some people say that it is normal, others believe that interracial couples are not acceptable. Why? I have decided to find the answer and after a few discussions with different people, I am ready to share my own opinion about this issue.

To begin with, I would like to take you back to the ancient times, when people had only one race – human and the only aim for everyone was to survive and continue their  clan. Do you believe that there could be any ideas of interracial couples? Or could there technically be ones?

As time passed, people started to travel and they found out that there were people of different nationalities. As far as I know they did not hurry to find themselves a husband or a wife in a different country. However, sometimes Cupid played his games and made interracial couples. Were they happy together? When they were on their own, they surely felt happy. Still when other people saw them, they often condemned the two love doves.

Nowadays the attitude to interracial couples has become less strict and they are not considered to be committing a crime, but there still exist some problems they can face.

The first of them is having different cultures. That is because interracial couples are mostly international and each partner has their own traditions, customs and attitude to upbringing children. They usually differ and can cause discords and conflicts inside a family. Anything, from cuisine to religious customs, especially connected with religious holidays, fasting, wedding, childbirth can be the reason of disagreement.

The next problem, which interracial couples can face, is the same as in old times – society condemnation. The reason is very simple: some people are concerned about keeping their nationality «pure» and do not want to mix two bloods, while others subconsciously cannot accept the fact that such different people can be together and see hidden reasons for their union like hunting for money or the position in the society.

Finally, if one of the partners has to leave their country and move to his/her spouse’s one, they will have to get used to the new mentality, laws and life routine, which could become a real challenge.

In case the couple decide to divorce, their children will also face problems. Who do they have to stay with? Very often the government does not care about their feelings and makes the decision according  to the laws of the country, very often making the children and one or even both of the parents unhappy. There are even cases when a child is sent to an orphanage house and both parents are deprived of their rights.

However, despite all the difficulties that interracial couples can face, they are a good example for us. Such couples teach the society to be tolerant and treat people of different races and nationalities with understanding, making all people become closer and have better relationships. We are becoming more interested in the history and culture of other peoples and learn to cooperate with them.

Finally, I personally believe that it does not matter what race your partner has. The main task for all people is to create a healthy family, inside which the partners can forgive each other, be tolerant and patient, love, respect and support each other; feel responsibility, affection and mutual love.