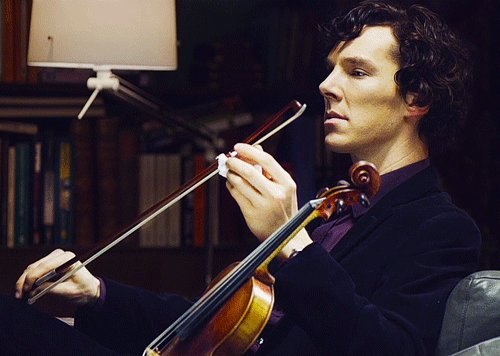 Is intelligence sexy? Or Do Ukrainian women love clever men?

Is intelligence sexy? Or Do Ukrainian women love clever men?

Not long ago I have come across the following “cry of soul” on the Internet:

I want a clever man. Not the one who will suppress my brain with irrational equations or difficult mathematical formulas.

I want the one, who wears shirts and lets his woman wear one of his favourites. There is nothing better than button and unbutton it. He can make tasty coffee. He is equally good at philosophy, politics and law. He watches Euronews and can endlessly discuss football, the latest music releases, the advantages of an Ipod shuffle in comparison with Ipod classic. He occasionally reads Japanese poetry and indulgently says “my goodness” at the sight of the latest Vogue magazine. He knows that miu-miu is not the Italian for “meow-meow”. He can cook and does not whimper that it is not his responsibility. He knows which meat is the best for a steak and where to buy it. He does not take offence or sulk because he knows that we are not in primary school. He always speaks his mind and looks straight into your eyes. He knows when to give an endless honey kiss. He knows what to say and what to do. He comes, sees and takes it. He makes you excited with his one word and with the way he shakes down his Tissot watch from the wrist. And this phrase is on the tip of your tongue: “Why are you so sexy?”. I want a clever man. Neither more, nor less.

Having read this, we were interested to find out what our beautiful women clients think about intelligence. Is intelligence sexy? Having listened to their answers, we have come to a conclusion that Ukrainian women do love smart men and here are some reasons why according to what they have said:

A smart man will provide for the family and children better because he will have a well-paid job.

It is interesting to communicate with him. They love men, who have a lot of topics to discuss and know many interesting things to tell.

They love clever men because they can forgive their lady’s drawbacks.

He will never be an arrogant egoist and will always think not only about himself, but about his lady too.

He takes care of his body too, because he knows that he should attract a lady physically, which is an important part.

Do girls like nerdy guys? Everything should be reasonable and to a certain extent. A guy is not a walking encyclopedia, but a mixture of knowledge and the ability to make judgements, understand the connection between events and phenomena, a good sense of humour and self-irony. Without these features, he will be a know-all nerd, or narcissist. Maybe you know something better, but there is no point in proving that you are always right. The worst thing if you always correct a lady in everything, maybe she mispronounced the name of the actor or a fact from history, don`t let your blood boil and correct her. She won`t feel any motivation to have a conversation with you. My female friend used to have a boyfriend, who probably thought that “nerdy is the new sexy”, every time she talked, he was correcting her without any limits, no matter what topic she started. He was not tired of reminding her that she hadn`t read all the books he managed to read and was pointing that out in front of common friends, probably he wanted to be in the limelight, but it led to their break up. Dear men, you should see the golden middle between being smart and sexy, and nerdy and boring. It depends on the situation if it is appropriate to make a remark. By diminishing her intelligence and showing off your own skills won`t contribute to mutual understanding in relationship. A woman wants her man to stand out, but not overshadow her completely. It is applicable to both male and female. No one wants to be underestimated. Would you be interested in a girl, who always says you are wrong, probably you are not aware but I know and some kinds of phrases like these? Probably not at all.

One more example of the person I know, a guy has a university degree, his girlfriend doesn`t have, but still she has a decent job, due to some circumstances she couldn`t manage to enter a university and get a degree, but she is very intelligent, reads books a lot and educates herself as much as possible. But her boyfriend doesn`t miss a chance to remind her about his accomplishment in life and hint that she is not well-educated like him through some sarcasm and jokes. Does she feel happy about it? Not really. If you are in relationship with a lady and you accepted the fact that she doesn`t have a university degree, then you should not hurt her feelings anyhow, if it is really important factor for you and you cannot put up with it, it is better to clear it at the beginning of dating.

To sum up all that we have written above, I want to say that it is obvious that woman do love smart men. However, as psychologists say, intellectual males have a natural wish to show their knowledge of scientific and statistical data to impress a lady at first sight, instead of making a simple compliment to her. That is why, if you are clever enough and want to win her heart you must not forget that relationship has to be like a sparkle, which is impossible to foresee. Be childish when it is appropriate and play snowballs or hide-and-seek with her. Believe it or not, it is very unlikely that you will be able to win a woman’s heart using your logical thinking only.