Blog
Love hurts or the revelations of the “negative” matchmaker 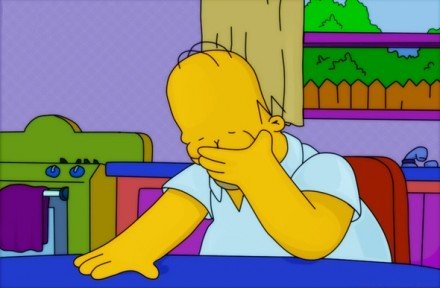 Love hurts or the revelations of the “negative” matchmaker

Being a professional matchmaker for almost 10 years I have got a chance to meet so many interesting people. Some of them were my clients, some of them the readers of our blog. Each client of mine has taught me something new and made diolli.com matchmaking service even more efficient.

Every year I always have an interview or two with a potential male client that doesn’t choose our service, because I was “too honest”, “too realistic” or “too professional with him”.

One gentleman claimed I have to introduce him with a professional model, who is 20-22 years old, speaks fluent English and French, is open to date a 59 years old retired gentleman who is a father of 2 children and a grandfather of 4 grandchildren. Even more this lady has to be “not material”, so he will have to provide for the family, while this gentleman will be a stay at home dad.

Another 62 years old gentleman has insisted I should introduce him to a 22-25 years old virgin, who will “love him the way he is”, won’t demand expensive gifts and from the very beginning will know that all his property – which is a middle sized house – he would leave to his 3 kids (the youngest son was 32 years old).

One unusual gentleman has claimed he wants to date a Christian lady who will provide him with the bikini photos to prove that her breasts are at least C cup. She must be willing to wear beautiful lingerie and sexy shoes for him and every Sunday go to church. And yes, she must be willing to have sex with him at least 4 times per day.

Today I was contacted by a gentleman, who has finished our skype call after I suggested him to date a lady who is 35-40 years old. He said he would never date anyone older, than 33 years old. As an example he has provided Donald Trump. By the way he really looked a lot like the new American President. He called me a very “negative” matchmaker.

I have interviewed one lady recently, who claimed my service was against sex equality, because she knew the gentlemen usually went out with several Ukrainian ladies when they travel to Ukraine and I was suggesting her to go out on a date just with one gentleman from Germany. She claimed I have to arrange her at least 5-6 dates with different guys. After I told her that gentlemen actually pay for the matchmaking service and this is why during several weeks I interview different ladies to find the best possible match for my male client and this is why male client get several dates. Female members don’t pay for the service, but they get a chance to be introduced to paying male clients and receive the same matchmaking and coaching process for free. This didn’t convince her and she has admitted that she had no doubts “I was hiding all the nice guys from her”. She was in my base for less than a week. Do I have to mention that of course she didn’t go out with my male client?

One gentleman during the skype interview has shared with me a story about his 26 years old crush from Odessa. The gentleman was 63 years old and while having an interview with me he was chewing a gum and spitting into the paper cup. He told me that he has been talking to this girl in the chat room at the dating site where you have to pay for every minute of chat. The girl claimed she was a virgin and was ready to present herself to him if he comes to Odessa, but at first he has to put a diamond ring on her finger. He bought the ring and flew to Odessa to “get his prize” on St. Valentine day. He met her for lunch that lasted 2 hours. She got a ring and has promised to see him again soon. Two days after they have met again for lunch and after that he got her the matching earring. Her phone rang and he saw a picture of the little girl on the screen. He has demanded explanations. She burst in tears and said that she had sex only once in her life and never ever again and this was her little daughter who already calls him daddy and also wants earrings. Four days later she “broke up” with him, because of the age difference. She has decided to keep the ring as a “happy memory” about their fantastic romantic relationship. After this heartbreaking story the gentleman has showed me the photo of his crush. He has asked me if I could still make that girl like him, but he would really prefer she didn’t have a child. Do I have to say that I have never met that girl in my life? After I have honestly told that gentleman that it better to leave the past in the past and start fresh, perhaps consider other type of the ladies or meet someone else, he called me “cold”, “bitchy” and “negative”.

Dear gentlemen, whom I happy and honored to have as my clients and whom I will have as Diolli.com clients in the future. I want to thank you for being who you are! My entire team loves you dearly! Dear gentlemen, that have never been my clients and perhaps would never choose me to be their matchmaker – thank you so much for teaching me patience, understanding, acceptance and giving me inspiration for new articles!

From Svetlana Mukha, with love)