Blog
Romantic Ukraine. Top 10 most romantic places you should visit with your better half. 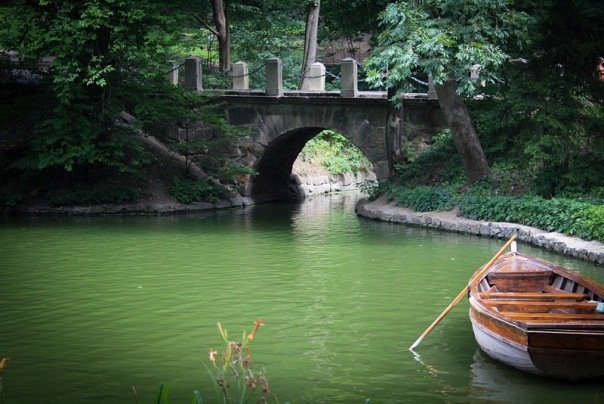 Romantic Ukraine. Top 10 most romantic places you should visit with your better half.

Believe it or not, but Ukraine has a great number of special places, which loving couples will be happy to visit. Moreover, if you really want to see Ukraine, it will be a good reason to visit different cities and enjoy their beauty as well. Since St. Valentine’s Day is near, you can think of making a surprise for your lady and organize a romantic trip to one or several of the following places, the visit to which both of you will remember forever.

The tunnel of love is one of the most picturesque places which used to be a part of busy railroad, on which trains went to Orzhevsk wood-processing factory. However nowadays the train goes there only three times a day and people come there with a different aim – to show their feelings and make wonderful photos. The tunnel is 4 km long and can be truly called a real masterpiece of nature, which is beautiful both in summer and in winter. 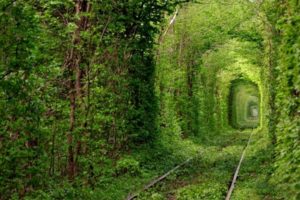 Roshen fountain is a group of powerful streams of water soaring upwards accompanied by light and laser special effects, as well as video-projections on a big screen, made up of water. According to a number of characteristics, Vinnitsa fountain is the biggest in Europe and is considered by many experts one of ten best and most spectacular fountains of the world. 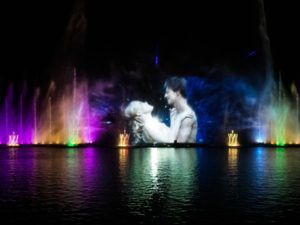 The island of lovers is situated in the center of Ternopol Lake, which is a big artificial basin almost of the same age as the city itself. The island of lovers was created when the lake was being reconstructed after the Second World War. If you want to get there, you will have to go across a special bridge or use a boat in the summer. However, if you come there in winter, when the lake is covered with ice, you will definitely enjoy a nice icy walk to this exclusive place.

The monument to lovers in Kharkov presents the figures of a young man and a girl, who have become one kissing each other. Local students initiated its erection in the square of Architects. There was even a competition for the best sculpture and the one you can see now won the first place. It is good that the monument to lovers has recently been renovated and now it is even a nicer place with a fountain and a small park with benches where you can relax. 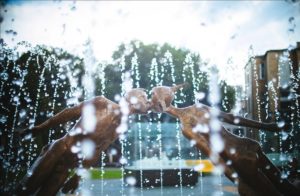 The Italian yard is a unique architectural monument of the Renaissance period, which is considered to be one of the most beautiful and romantic places in the central part of Lvov. This place is marvelously similar to the typical Roman and French yards. Why do you think they staged plays by Shakespeare in 17th century in it? 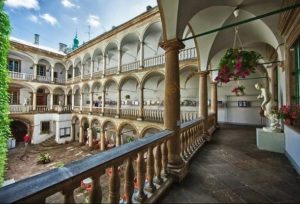 This heart-shaped art installation is not far from the Mother’s-in-law Bridge in Odessa. The idea of this work of art was not only to let people of Odessa share the most precious feeling, but also to save the Mother’s-in-law Bridge by lessening the load of the symbolic signs of love – padlocks that people put on the bridge (the bridge started to ruin under more than 2 tons of lovers’ padlocks). So now, if you want to perpetuate your feelings, you can come to the In-love heart and put your love padlock on it.

If you come to Kiev, do not miss the chance to see the Landscape Park, which is full of bright and multicolored sculptures. However, there is one especially admired by people, who are in love. That is the sculpture of two hugging charming zebras, who seem to be about to kiss. This sculpture gives us understanding that people are not the only ones, who can love.

Romantic place #8. The monument to a bride, Nikolayev.

Nikolayev is considered to be the city of brides in Ukraine, that is why near the central marriage palace you will find a monument to a bride waiting for her love. They say that if a lonely heart rubs the bride’s veil, they will find their mates, while the ones, who have already found their better halves will never part.

The bridge of lovers is one of the city’s adornments, which is situated at the Dnepr embankment. The places in which lovers of Zaporozhye like to walk are connected with water in this or that way. And the bridge of lovers is a tracery crossing which connects two banks of a small lake from which artificial geysers rise. 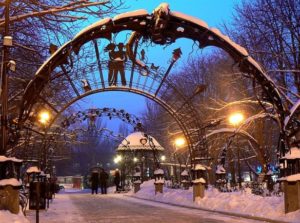 The park was founded by a rich Polish merchant Stanislav Pototskyy in honor of his beautiful Greek wife Sofiia. He gave the park to her on her angel day in May 1802. The idea of making a park of romantic style with the elements of Roman and Greek mythology was brought forward by Sofiia and made this park one of the most beautiful and truly romantic places of Ukraine worth visiting at any time of the year. 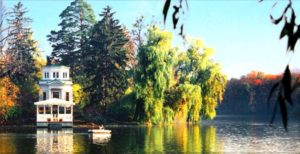 One Response to “Romantic Ukraine. Top 10 most romantic places you should visit with your better half.”