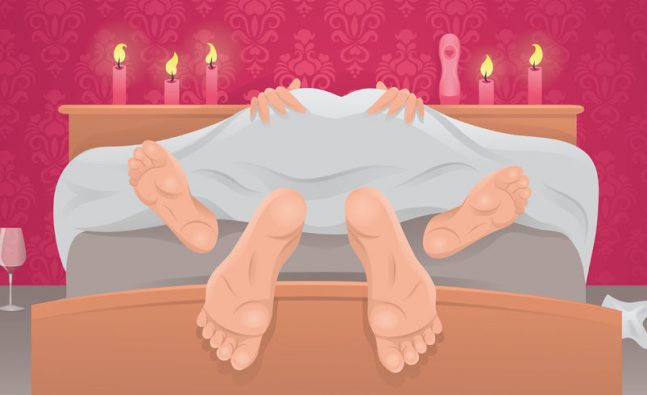 Every country in the world has its own culture and traditions in various spheres of life, which make it interesting and unique. And it is quite clear that if you want to find a bride overseas, you might wonder what life is like in the place where she lives. That is why it is not surprising that we are often asked about sex traditions in Ukraine, as this part of life is very important for the future husband and wife.

Speaking of the present day Ukraine, I have to tell you that we are a developed country, having civilized traditions. What do I mean by this?

First of all, a man is usually the one who has to make first steps to sex, i.e. when a couple starts dating each other, most girls are unlikely to be the ones to start sex-talks, etc. So, if you are going on a date with a Ukrainian girl, you must understand that you are the “engine”.

Sex traditions in Ukraine say that a decent girl must not go far at the first date. However, as we have already told in our articles, everything depends on the situation. It is also traditional to have only one partner.

According to the present day sex traditions in Ukraine it is not necessary for the bride to be virgin before the marriage. Of course, it is desirable, still nobody will demand for the proofs, as it used to be long time ago. Very often young people live together before the wedding, meaning that they already have sexual relationship.

Among the modern marriage sex traditions in Ukraine there is one very touching and really beautiful. The idea is that a groom’s mother takes the veil, which symbolizes virginity and single life, off the bride’s head. This act signifies that the bride is a woman now, who is ready to keep the family fire burning.

Long time ago, sex was considered to be help for the farmers, who wanted to get a good harvest.  Everything that a married couple had to do was to make love in their field. By doing so, they set a good example for the earth. Nowadays, you will hardly meet anyone doing so. Still, on some occasions, when a couple strongly desire each other, they can “follow the custom” somewhere in the nature. However, most people would prefer to have sex in a comfortable bed.

Another interesting fact about the past of sex traditions in Ukraine says that sex was a taboo both for married and unmarried couples before plowing or making supper as it could bring misfortune. Sex also used to be forbidden during four fasting periods, church holidays and eves. According to some data people were not allowed to have sex on Wednesday, Friday and Sunday. Fortunately, nowadays Ukrainian people do not fast sexually, except for, probably, highly-religious individuals.

The last thing to be said here is that traditionally, young people start sexual life at the age of 17. In the family parents usually try to talk to their children about “adult relationship” and prepare them for grown-up life.

As you can see now, sex traditions in Ukraine are not very different from any other European country. So, if you decide to dive into Ukrainian culture, you will definitely not get drowned.