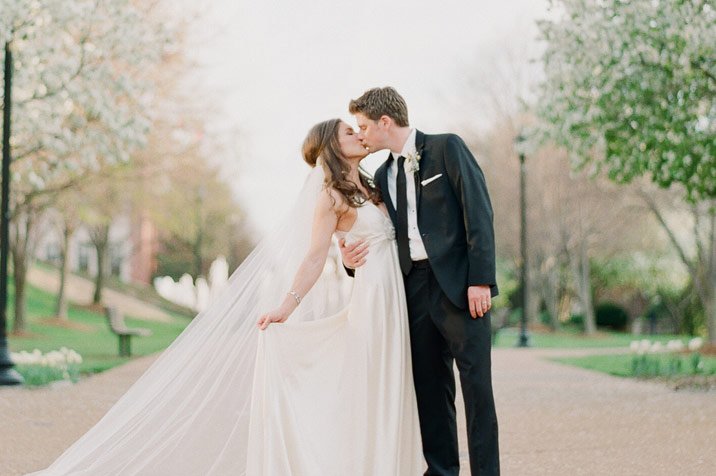 A wedding is one of the most important events in every person’s life.  And in every country it is a celebration filled with interesting traditions. Ukraine is not an exception. To tell you the truth, marriage traditions in Ukraine have been the same for hundreds of years. However, as our life cannot stay unchanged, they also have to transform to correspond to present times, but at the same time keep some very important things without changes: the respect to parents, love between a husband and a wife and longing for exuberance of high spirits.

Since ancient times in every village there was one person who was responsible for creating families – a matchmaker. It was usually a woman, known by everyone and according to a tradition she was the one to go to the future bride’s parents and ask for the girl’s hand. It is interesting, that a decent girl was thought to refuse to get married at the first proposal and the parents of a potential bride said “No” for three times. The only way to agree for marriage was for the girl to be proposed for the third time.  If the girl finally agreed to get married, she came into the room and scratched the furnace. In case she did not like the man, she brought a pumpkin to the matchmaker.

Nowadays, marriage traditions in Ukraine are not so closely connected with this historical matchmaking. Today it is common for a young woman and a man to organize a special meeting to introduce their parents to each other. During this meeting they will decide on how to organize the wedding, when and where it will take place and how much each family will have to pay for it.

The next inseparable part of marriage traditions in Ukraine is bachelorette party. You will never believe what ceremony was its prototype…  it was ritual weeping. Yes. The brides’ friends were supposed to show their grief caused by the brides’ going to live to her husband’s house. However, after weeping the girls sang songs and made jokes, which made the occasion a joyful event. Another difference from today’s hen parties was that all the girls’ relatives were invited to a celebratory meal, and the bride went to a bath-house with her friends.

And finally, describing marriage traditions in Ukraine we can tell a lot of interesting things about the wedding day itself.

In the morning everything starts with the groom’s coming to the bride’s house and ransoming his future wife. The bride’s friends prepare different tasks for him and his friends to do, like sing the bride’s favorite song, guess which lip print on a piece of paper belongs to his beloved. If the groom or his friends cannot fulfill the task, they give money or sweets as payment for the bride. When the groom’s company finally gets into the house, the bride comes out, all the guests drink champagne and go to the civil registry office.

When the marriage is registered, it is traditional for the just-married to organize a short photo session in the places of interest of the city and then go to a restaurant where their parents and guests are waiting for them. They greet the newly-weds at the porch of the restaurant holding a loaf of bread. The bride and the groom have to break off or bite a piece of it. The one who gets a bigger piece will be the head of the family.

After that everyone sits at the festive table. During the celebratory meal you can hear someone shout “Bitter (gorko)”, but it does not mean that his food is bitter. It is also one of the marriage traditions in Ukraine. After hearing this “Bitter” the newly-weds have to stand up and kiss – the longer the better. The guests usually count aloud how long the kiss lasts, meaning that every next kiss must be longer than the previous one.

Every Ukrainian wedding is not only about wishing all the best to the bride and the groom; it is also about having fun. So it is quite a usual thing for guests to steal the bride’s shoe, the bride or even the groom. To return every stolen item, either the maid of honor or the best man has to fulfill the task given by the master of the ceremony.

Among modern marriage traditions in Ukraine like throwing a bouquet to the unmarried girls and dancing the first dance there is one which has come from old times. At the end of the celebration the bride’s mother-in-law unplaits the bride, takes her bridal veil off and covers her head with a kerchief. This ceremony shows that the bride is already a married woman.

After the traditional wedding cake is given to all the guests the bride and the groom leave and the guests can continue the party for as long as they want.

Frankly speaking the marriage traditions in Ukraine are more numerous than we have managed to describe in this article. That is why, you must definitely not miss a chance to visit this event or even become one of its main characters. You will absolutely like this experience.