Blog
The ABC of Ukrainian beverages 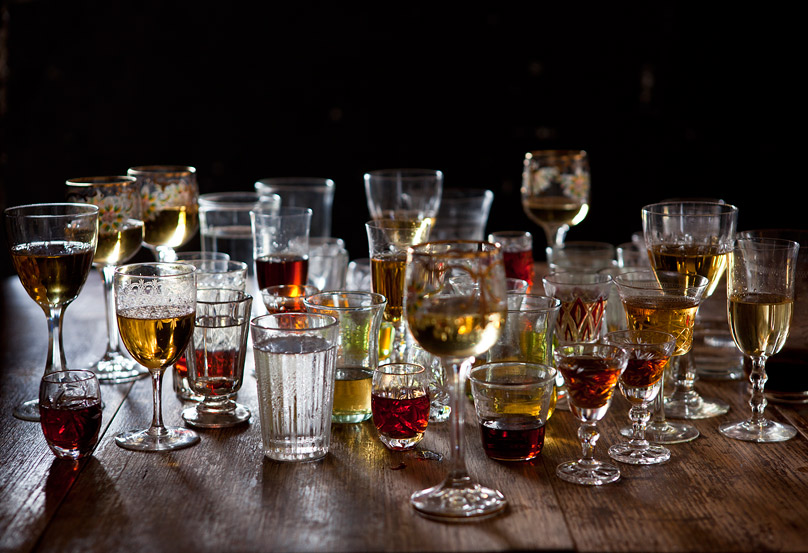 The ABC of Ukrainian beverages

The ABC of Ukrainian beverages

We have already told you about Ukrainian cuisine, which is quite varied. Still, Ukrainian drinks will hardly concede the right to be the national pride, since each of them has its own history. Many of them are still prepared keeping the traditions alive. So, as you have already guessed, today we are learning about the brightest, most interesting and delicious Ukrainian beverages you must not miss when you come to Ukraine.

Our ABC starts with letter “K” and we will talk about Kalinnik. It is more than two hundred years old and has a lot of recipes. It is made with viburnum, sugar and water. All the ingredients are mixed together and stay in a cold place for one week. After that, it is strained and drunk to still thirst.

Kissel. It is favorite beverage made with almost anything: fruit, berries, milk, starch, rhubarb. It has a lot of varieties which differ from each other with their consistency: from thick jelly to a usual substance. The main ingredient (fruit, berries, etc) is blended, mixed with sugar and water and boiled. Then kissel has to be cooled. It has to be drunk cold as a dessert after dinner.

Medovukha is one of the alcoholic drinks with honey, which has come to us from the old times. It is made with water, honey and raisins, is left to be fermented. Medovukha is usually drunk at holidays or on special occasions. It is beneficial for your digestion and is used for healing purposes too. You can purchase it either in the shop or fairs, you may find it on winter fairs made by farmers from all over Ukraine. If you travel to Lvov, to the west, you will find it everywhere. You can try it before buying. People buy medovukha as a souvenir. Ukrainian alcohol is strong, but tasty.

Ryazhanka. Though strange it may seem this scary word reminds some features of yoghurt. However, ryazhanka has no flavors. It first appeared a couple of centuries ago. It is made with milk and cream, which are mixed and boiled together. Ryazhanka is considered to be a good therapeutic drink as well as the medium to still thirst in hot weather. Farmers make it at home, it is high in fat, but has positive beneficial effects to organism.

Spotykach is an alcoholic tincture which takes a lot of time to prepare, but is absolutely delicious. It appeared in Ukraine in 18 century and by now has developed the best taste. Spotykach is the purest alcoholic beverage made with vodka, spices and sugar, which are mixed and boiled together. It is usually drunk at dinner or in the circle of good friends.

Uzvar. It is the most popular beverage, one of the berry not alcoholic drinks. Uzvar, in fact, a usual compote, made with dried fruit, water and honey. Uzvar is a traditional Christmas and other religious holidays drink, which can be drunk at any time. Still it is especially good in hot weather.

Kvass. It is one of the popular summer not alcoholic drinks, made out of rye bread and malt. It is very refreshing and fights thirst faster than water.

Varenukha appeared in Ukraine in 16 century. It is a strong famous alcoholic drink, usually vodka or moonshine, mixed with dried fruit, honey and spices, which are put into a clay container. A piece of brown bread is used instead of the lid and the edges are covered with dough to make the container hermetical. Then it is put into oven for 10-12 hours. Varenukha can be drunk both hot and cold on any occasion.

There is a steryotype that every average Ukrainian drinks vodka. Not every day though, but sometimes during festivities people can have it. It is a storing drink, so make sure to eat properly too. It is called “horilka” in Ukrainian. Usually served with salo or pickled vegetables. So if you google horilka, a lot of images of a pure spirit in a bottle along with salo and pickled cucumbers will pop up. If you are invited for a family festivity, a host will offer you a shot of vodka. Moonshine is a homemade spirit. The origin of its name appeared not because of foggy constitution, but because it is made under the moonlight. During old times it was a means of trade. It was much cheaper than bottled vodka in the shops, that`s why local women were making at home and selling to other people. It was popular in rural areas. Nowadays you can find it too, but not that widespread like it used to be before. It is checked by the police, because those who make this product at home might not follow rules and then cause health issues of other people. Moreover, they don`t pay taxes and don`t have a proper license for selling unlike legal producers.

Sita is probably one of the oldest sweet beverages, which has come to us from the Stone Age. People used to mix water and wild bees honey and drink this sweet liquid. Later it was added to kutya (one of traditional Christmas dishes) and now it is mostly drunk to prevent colds.

The last of the Ukrainian beverages we will talk about is yagodanka. Nobody knows how it appeared, still people say that once someone wanted to drown berries in water and then add some sugar and yeast. As a result, they received a mixture, which was refreshing and toning up and is considered as one of the nicest cherry alcoholic beverages. Since that time, yagodanka has taken its place in Ukrainian cuisine as dinner aperitif.

Almost each Ukrainian family makes refreshing beverages like kompot, kvass or kissel at home to their own taste. Many people live in villages or have a garden, where they grow berries, fruits and vegetables. So they pick up fresh ones and make a divine drink. Don`t miss a chance to try one of them. If you have never tried strong alcohol, it is better not to experiment.