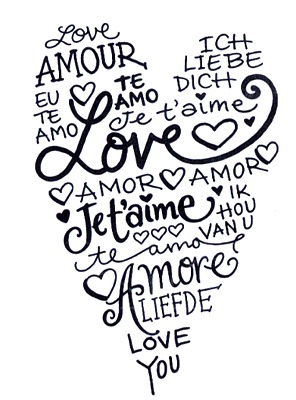 Weird and wonderful words in Ukrainian

Weird and wonderful words in Ukrainian

Is Ukrainian hard to learn? We want to continue getting you acquainted with the Ukrainian language by telling you about it and giving examples of melodic Ukrainian words in English.

It took the third place in the language beauty competition. According to other data, it is considered to be the second beautifully sounding language by melodic pronunciation.

Ukrainian and Russian are close relatives as they are a part of East-Slavic languages. These two languages started separating from each other in X-XI century. Nowadays Ukrainians and Russians can understand each other, however more often it causes some troubles. People, who tried to learn these languages, say that Russian has a lot of consonants, while Ukrainian pronunciation is weaker.

It is also interesting that there is a certain mixture of Ukrainian and Russian in some parts of Ukraine. This mixture is called: surzhik, which is difficult to understand even for the native speakers.

No matter what nationality your girlfriend is, she really needs to hear some romantic and nice expressions from you. Of course, the language of affection is the same everywhere, but what do you think your girlfriend will do, if she hears you saying some Ukrainian romantic phrases? She can definitely be impressed. So, if you want to surprise your better half, our article is just for you.

The first question any man around the world, who likes a woman, asks himself is how to choose these romantic phrases to call their better half. Still the main thing is not what you may say, but how. When you are saying love phrases in Ukrainian, as well as any other ones, smile and be sincere. Phony words might make your woman think that you are pretending to like her. Do not be shy if you are a bit nervous, as this is the main proof of your honesty. Do not hurry to say every expression that comes to your mind or you might be misunderstood.

Ukrainian terms of endearment do not differ so much from the ones in other languages, but if you say them with warmth and attention, you will surely be appreciated. Wish the lady good night or say a tender “good morning”, ask about health, say a compliment, recite a poem and she could melt and be inspired by the end of the day. In response to your good treatment, your woman undoubtedly reciprocates your attention.

However, not to get into trouble, you must remember the following before saying something “cute” to your girlfriend:

Do not compare your lady with anyone else.

Do not use petty names, which include qualities that your woman dislikes about herself like “my chubby cheeks”, “my plumpy pie” or “my clumsy hands”, etc.

Do not emphasize some drawbacks of the woman’s appearance. I believe calling your lady “My giraffe” or “my elephant” would not make her smile.

Do not flatter! Making something up can only offend the girl, as she can think you are joking at her.

Be imaginative. Has your woman heard compliments about fantastic legs hundreds of times? Then be the first one to appreciate her tender hands or wonderful eyes.

Finally, do not keep on talking about the lady’s looks. Say something about her soul. Appreciate the wit, the ability to be a good interlocutor, praise for support and understanding, show interest in her skills. And now that you know what not to say, let us talk about what to say to your dear.

When you are in a company of people, there is nothing better than calling your partner by the name without any nicknames. However, when there is nobody else beside you, think of nice petty names to call each other. Here is a list of romantic Ukrainian phrases and unusual pretty nicknames, which you can use to call your girlfriend:

Moia kokhana –my love in Ukrainian language. Probably the most popular phrase around the world.

Sonechko – sun. This is a very warm and sweet term to call your beloved.

Ty naikrashcha u sviti – you are the best in the world.

Ty v mene yedyna. – You are the only one for me.

Ty dlia mene naikrashcha – You are my number one.

Ya zavzhdy budu poruch. – I will always be there for you.

How do you say I love you in Ukrainian? Ya tebe kokhayu.

So, now that we know some facts about Ukrainian, let us come straight to its words. Let us start with the ones, which are considered to be interesting and funny Ukrainian words:

Plomenity – to blaze; to blush.

Telepen – a foolish person; a blockhead.

Neabyiakyi – something different from other, unusual.

In the Ukrainian language there are unique words.

Vyrii – warm lands where birds fly to in winter.

Dobrodiy – someone, who and supports helps other people.

Zaliznytsia – railway; the whole complex of buildings, equipment, machines, which make up the railway service.

Kokhaty – love someone, bring up.

Mytets – a person doing some art; a person skilled in some craft.

Nivroku – not bad, exactly the one that is needed.

Finally, no matter which of these Ukrainian expressions and quotes you use, remember to be sincere and even if you pronounce something wrong, your date would never judge you. On the contrary, she will be thankful you have made an attempt. Good luck!