Blog
What to Say, Do & Text After a First Date 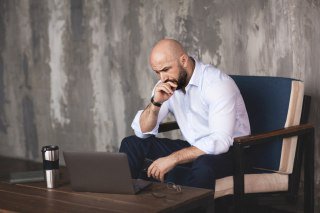 What to Say, Do & Text After a First Date

What to Say, Do & Text After a First Date

The initial romantic evening out, which both sides had so eagerly been awaiting, took place. There are emotions, impressions, memories that now need to be rethought, analyzed, and decided: what next? Regardless of whether the farewell was stormy, quivering and ended with kisses, or passed with restraint, without any special tenderness, the girl still expects a message after the first date, some step, attention from the man afterward. Moreover, she begins to expect it already from the moment she crossed the threshold of her apartment, returning from a rendezvous: a text after a first date, a call, messages on the social network, poems, compliments, and, of course, an invitation to a new meeting.

The results of the initial rendezvous can be difficult, ambiguous, as well as the decision on the future course of events:

Let’s consider all the options.

What to do after the first date, which was great and you want to win the girl?

With a sinking heart, she looks at the phone over and over again, waiting for the cherished call.

Girls tend to “wind up” themselves, making far-reaching conclusions from trifles: “Since he does not phone me or send a follow-up text after the first date, he does not like me at all, I am ugly. And fat. “

Therefore, you should not torment the lady by waiting for too long, but you still need to wait a while.

It is worth calling or texting a girl after a date, and saying “thanks” for the evening spent together once again. You shouldn’t arrange the next meeting right away – the girl also needs time to analyze her impressions, to sort out her feelings and emotions.

“I’ll call you tomorrow” – these words are what to say after a first date. It is the best ending since it is both an indicator of interest, and in the female sense a certain “pact of intent” of a man (“He will call and invite me on a next rendezvous!”).

It is really worth calling the next day, otherwise, prolonged silence can be misinterpreted and fraught with consequences in the form of refusal to meet again. Otherwise, terrible guesses immediately begin to appear in a woman’s head: he is married / he has a girlfriend, a typical pick-up artist, and a liar. Her day should start with a compliment – it doesn’t matter in what form: a poem, a postcard on a social network, a sweet, sincere SMS, or courier delivery of a bouquet (depending on the financial capabilities and the degree of interest).

What to text after the first date?

The content of the messages can be as follows:

So, now that you know how to behave and what to type in an SMS after an initial romantic meeting. The only question there might be is how to ask for a second date by text? The answer is simple: just ask and don’t be afraid to see a negative response.

Thinking of what to talk about after the first date, choosing a compliment to make, the most advantageous option is to refer to some moments from the meeting, topics of conversation, comical phrases that were during the evening. This will return the girl to the memories of the last meeting, and help relive the pleasant or funny moments in question.

Why doesn’t she pick up the phone, ignores SMS?

The reasons can be very varied. To understand why she does not want to speak, the initial step is to exclude the lack of interest. If during the meeting the girl showed interest, let to give her a goodbye kiss, responded to the kiss – most likely, the reason is something else. As an example, she may expect more decisive actions, provoke a “feat”: perhaps she really wants to see you, and thus she tries to organize a meeting. Or, on the eve, she gathered her girlfriends for a consultation, and in such a peculiar way followed their advice to be inaccessible.

Also, this behavior can be seen when a lady suspects some kind of deception: she saw the object of her sympathy hugging another woman, and drew hasty conclusions, since this style of greeting is typical of many friendly companies, or this “other” could be the guy’s sister.

If there are other ways to communicate with a lady except for the phone (e.g. social networks), then you should try to write to her after a while, or see her after work in order to understand the reason why she behaves so (perhaps this is what she is expecting) and dot the T’s.

Perhaps the woman has changed her mind about going out with you and does not know how to say about it. In such a situation, you can try to help her by turning your question into a joke: “If you don’t want to communicate with me, then say so. I am an intelligent guy: I will cry for a day or two, I will suffer (but I promise to cry in moderation so as not to flood the neighbors from below), and I will survive. I just want to know that you’re okay. ” If a girl does not pick up the phone, does not respond to SMS after all the attempts made to understand the situation – most likely, she has really decided not to continue communicating with you, do not behave intrusively and annoy her.

But, fearing the failure, do not ask yourself “should I text her first date feedback?” Neither expect the initial step from the lady: even the most courageous and self-confident representatives of the fair sex believe that a gentleman should call and write first, and if he does not do this, there is hardly a slight chance to see each other again.

How should a guy behave if the lass didn’t like him?

There can be only one way out here – to try to rectify the situation: to be more romantic, attentive, to analyze the past evening out – what was wrong, what mistakes were made, and to make adjustments in further communication with the lass; try to surprise (write a nice message, pick her up after work, send her flowers, a toy or a sweet present, while demonstrating the desire to rehabilitate after a failure). If all that does not lead to the desired result, and she ignores your attempts, accept it, and leave. People can’t love on command.

Basic behavior strategies if you don’t like the lass.

What to do and when to text after the first date in case you are not impressed with the woman? How to delicately inform her about it without hurting her feelings and self-esteem?

Some guys prefer not to call, write or see the lass who they didn’t like. Such a strategy has the right to life in cases when a lady behaved inappropriately (too much alcohol, etc.), or some kind of deception was revealed (e.g, if an acquaintance happened on the Internet, her profile could contain other people’s photos, or she hid that in “real life” it is 30 kilograms fuller than in the photo).

If the lass simply did not live up to expectations (she became not such an interesting interlocutor as when communicating on the network, or she had crooked/too straight/full legs, or she does not know how to kiss), then you should not punish her with uncertainty and just disappear, you need to talk and tactfully outline the boundaries of your further relationship.

Sometimes women, without waiting for a man to act, decide to call or write themselves, and the guy, not knowing how to say that he does not want to continue the communication, ignores, avoids her: he reads the messages and is silent, or leaves them unopened, not picks up the phone.

This behavior hurts the lady, and if she does not show obsession, but simply does not meet some criteria for an ideal chosen one, it is better to tactfully explain everything to her and offer to remain friends than to torment her with silence.

“For a rainy day”

It also happens that, not finding enough determination to outline the boundaries in a relationship, a man postpones the solution of the issue, hoping that either the lass herself can understand everything, or he will get used to it, and somehow it might be possible to build a relationship (as it is better to have at least some girlfriend than to be alone). From the point of view of universal human values, such an approach is unfair to a woman who hopes for something, strengthens her feelings, but one day risks being abandoned without knowing it.

This is the most productive variant of behavior – to politely, tactfully, frankly talk with a lady about her experiences, focusing on those positive qualities she possesses, which make her valuable as a person (responsiveness, beauty (internal and external), cheerfulness, easy character, sociability, friendliness, openness, activity …), and thanks to which she takes a place in a guy’s heart as a friend, a close-minded person, and one day she might be rewarded for her virtues with great and mutual love. Do not give up spending time with her – the relationship can really move to a new level and become friends, or she will move away herself.