Blog
When is the right time to get intimate with the Ukrainian girl? 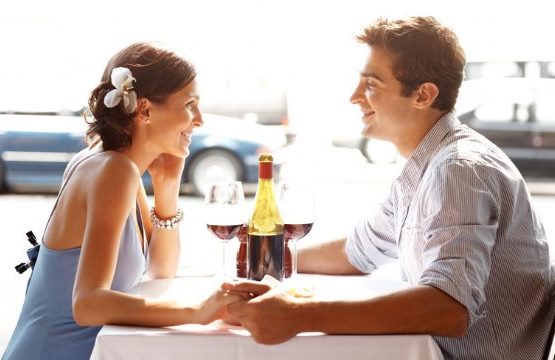 When is the right time to get intimate with the Ukrainian girl?

Not so long ago I have found a funny article in the Internet.  The author – American gentleman – whose age I don’t know because I couldn’t find his picture or any information about him – has recommended other western gentlemen that travel to Ukraine to obligatorily get intimate with a Ukrainian girl only after three days of actual off-line dating. He claimed it was a test to find out if she was “truly serious” and “in love” with you.

This gentleman has considered himself an expert in relationship with Ukrainian ladies. I wouldn’t doubt his expertness, but I definitely would like to doubt the efficiency of his advice. Besides being a professional matchmaker for almost 10 years and the fact that myself and diolli.com team have created 86 marriages and 2 engagements, I am a Ukrainian lady in truly happy relationship. I can assure that if a male client would try to get intimate with a lady whom he has actually met in person only 3 times (3 days) he would definitely ruin any chances to create traditional, strong relationship that could lead to engagement or marriage.

Not so long ago I had a coaching client who at the moment is dating a wonderful lady and I honestly hope he won’t screw it up this time. To make the story short he wanted to go intimate with the lady after the second date.

During the first date he was always witty and charming. He didn’t forget to bring flowers, say compliments, stand up when the lady was entering the room and hold the door for her. He was not a traditionally handsome man, but he was intelligent, witty and sweet. It was not a problem for him to get the ladies’ phone number and the second date. My female clients all have provided the similar feedback after the first date – “He was attentive, witty, intelligent, sweet and we have much in common. I definitely want to see him again”. But after the second date all the good news vanished. He had 6 first dates with 6 serious beautiful Ukrainian ladies and he got 5 second dates with 5 ladies. One of the ladies didn’t agree to go out with him again because she didn’t share his political views.

All his first dates lasted 3-5 hours. All his second dates lasted no more than 2-3 hours. He didn’t get a single third date.

Why did it happen this way? His feedback was – “All the ladies were not really interested in me. Perhaps they all were married or maybe even gay”. Well, at least he didn’t assume they were “gay and married”. Of course he has accused the ladies and then me as his matchmaker in the fact that all his second dates were not successful. After his first dates he had another opinion.

He was happy to have a date with a sexy blond lawyer with PHD who loved jazz.

He was praising the date with a beautiful University Professor, with her he said “they have laughed the entire evening and would laugh even more if the restaurant was not closing”.

He has called me at 2 a.m. to tell that the beautiful dentist that I have introduced him to also plants exotic orchids just like his mother and for sure they will get along really well.

So what has happened to his enthusiasm and all the “points” he has made during the first dates? The feedback from the ladies after the second dates was similar.

One of the ladies said he has tried to hug her while they were listening to the jazz concert. She said that at first she felt uncomfortable but then has decided to take it as a compliment. She has enjoyed the concert and his arm around her waist. She had already started to think how she will introduce him to her daughter and what it would be like to meet his mother, but then he had tried to kiss her. She told him that she believed it was too soon and she would prefer not to rush things. He seemed to agree and even apologize but 10 minutes after he had repeated the attempt. After his 4th attempt (the lady was patient) she took her purse and left. Two days after I had her in my office and she was crying telling me “they all want just sex and I want them to like me as a person”.

The second lady went with him ice-skating. She had really enjoyed the feeling of holding hands while skating. She had even kissed his check. After the skating ring they ate ice cream in the park and took several pictures together. He bought her the heart shaped balloon and they have laughed a lot. The lady said, “everything was perfect” until they have decided to call the taxi. The lady had started to order two taxies because her apartment and his hotel were located in the opposite sides of the city. He didn’t like that fact. He told her “he though she would join him in the hotel, because she has hold his hand and has kissed him”. Of course he went to the hotel alone.

The third lady decided to surprise him and took him on a short excursion around the city. She has driven him to her favourite parks and squares. In the evening they had a dinner. He had some wine. She didn’t because she was driving. She has decided to drive him to the hotel. During the drive he has decided to put his hand on her knee. She didn’t like that and had asked him not to do that, but he didn’t listen. The lady told me that if he was local she would definitely stop the car and kick him out, but he was a foreigner in the Russian-speaking city so she drove him to the hotel. He told her “if you don’t kiss me, this means you are not serious”. She said “good night” and drew back home listening to the sad song on the radio.

I can share my own experience with you. Once during one of the trips at the airport there were no free tables at the coffee shop where you could charge your laptop. I have spotted a power socket and it was free of any devices. The gentleman was having coffee at that table alone. I have asked him if I could use the power socket and join him at his table. He has agreed. I have ordered cappuccino and was waiting for my laptop to get the full battery again. We have started to talk with a gentleman and he seemed intelligent and sweet. He was traveling to the wedding and I was on my way back home from the wedding. After I have finished my cappuccino he has asked if I wanted a glass of wine. I had several hours before the next flight so I have agreed. We had the wine and he has suggested paying the bill. I have agreed because it would be offensive if I would say no. We have exchanged emails and phone numbers and I went spending my time before the flight in the duty free.

After that time we have exchanged several polite messages. He has asked how was my trip back home and I have asked him how was the wedding. Perhaps a month after those messages he has texted me asking if I would be in Kiev next week. I have told him I didn’t plan to be in Kiev.

The next message from him I got perhaps 5-7 weeks later. He has asked again if I plan to be in Kiev. I have written to him that actually I will go to Kiev in business for two days. In two weeks I actually went to Kiev and one afternoon when I was in the middle of the meeting he has texted me if I had time for coffee. I didn’t text him back at once because to be honest I didn’t notice his message. In the evening when I went back to the hotel I have read his message and I have written him back that unfortunately I wouldn’t be able to meet with him for coffee because I had a really busy schedule. He has texted me back asking if I could meet with him now, because he had a free evening and it would be nice to have a company. I have texted him back that I was really tired and it was already late. It was 11 p.m. and I was exhausted. I have fallen asleep without even drying my hair properly.

When the next morning I have opened my phone there were several messages accusing me in “using him”, “not keeping my promises”, “being a heartless bitch”, etc. Those messages have woken me up better than coffee. My first thought was he has texted them to the wrong number. Perhaps he wanted to send them to his girlfriend or wife? My second idea was – it is a joke. Perhaps my brain hasn’t woken up yet and needed some coffee to get it. I took a shower and read the messages again. The funniest thing was the fact that for several minutes I felt guilty, as if I did something wrong. I have reread those several polite messages that we have exchanged after talking for 2 or 3 hours in the airport. We never asked each other about marital status or anything personal, except for the fact that neither of us liked food in the plane.

I thought for several minutes what to answer him but came up with nothing.

Three hours later during another business meeting he has started calling my number. I put my phone into my purse and have continued the meeting. My phone was vibrating like crazy. My business partner has asked if I needed time to get the call, perhaps this were urgent. To be honest I didn’t want to answer it but I’ve excused myself and left the room. After listening for several minutes to the blames “I came to Kiev to see you”, “You are not a good person”, “I wanted to make you a surprise”,  “You are a heartless creature” etc. I have asked him not to call me again and have blocked his number.

Dear gentleman, if you like a lady and even if you “think” she “wants” to see you again, hold your hand, kiss you or have sex with you make sure she actually shares your opinion and it is not your vivid imagination. From my professional experience as a matchmaker I can tell you that in 10 years only 2 female clients of mine went truly intimate with a gentleman after the 3rd date. One lady is happily married with that gentleman. Another lady is happily single. If you seriously want to date Ukrainian or any other lady – make sure you treat her with respect. I wish you all only mutual love and intimacy when the time is right.

From Svetlana Mukha, with love

One Response to “When is the right time to get intimate with the Ukrainian girl?”