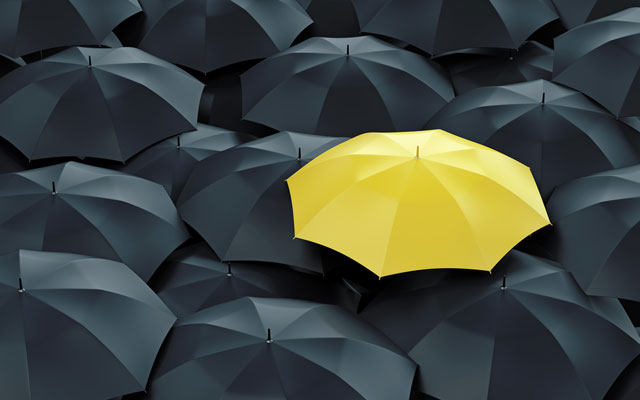 Differences between Ukrainian and Western Cultures

At diolli.com we work with gentlemen from all over the globe. We had male clients from Western and Eastern Europe, from Australia, China, Japan, Singapore, Taiwan and even Island. Of course a huge percentage of our male clients is from the USA. Why? Well, probably because American gentlemen tend to really like Slavic looks and Ukrainian culture and simply because the USA is a huge country.

Yesterday one of our male clients has asked me an interesting question, which by the way has inspired me to this article. He has asked me why so many Ukrainian ladies were interested in pole dancing? He has asked it like: “were they all interested in becoming strippers?” Sounds like a pretty innocent question, doesn’t it? It reminded me that several months ago I did a video together with one of the cupids from diolli.com team and during the video my colleague said that her seven years old daughter was into pole dancing.

That video brought lots of discussion to our YouTube channel. American gentlemen were throwing accusations like she “raised her daughter up to become a stripper or a harlot”. We were so shocked with those comments. Why on earth would anyone think that a child’s hobby is a strange plan of a “crazy” mother to push her child to the “dark side”?

It turned out that the problem was in different perception and of course in differences in cultures.

First of all let me tell you that pole dancing is a real kind of sport that soon will become and Olympic kind of sport.  So we are not speaking right now about pole dancing where dancers take their clothes off to get tips. We are speaking about a complicated art of gymnastics that is performed on the pole. In Ukraine during last several years pole dancing has become crazy popular. Every decent sport club offers a class for kids and adults. There are professional championships in pole dancing and by the way diolli.com has sponsored one several years ago. So when a Ukrainian lady chooses pole dancing as a hobby this means she is bored of simple fitness and gym routine and prefers something more interesting than just a treadmill. She can have a PHD and teach at law school and after work enjoy a pole dancing class as a cool workout. Most of my American clients do not understand this. They try to prove to me that there must be something wrong with a girl who has chosen pole dancing as a hobby. Usually I hear questions like “Are you sure she is a real lawyer”?

Another interesting fact that many Americans have problems to understand. One of my male clients (33 years old) has started dating our female client (28 years old). She worked as web-designer for a big international company, was well travelled and spoke fluent English and Spanish. My client claimed she was the hottest girl he has ever dated and I easily believed him. There was one aspect that truly bugged him: his girl still lived with her parents. He kept asking me why she was still living with her parents if she was 28 years old and clearly could afford renting an apartment. She had some close girlfriends with whom she worked together who also lived with their parents. My client just couldn’t understand why she hasn’t moved in with her friends and leave her parents’ house. He just couldn’t wrap his mind around the fact she still willingly stayed with her parents. So he kept asking me where was the catch: was she super insecure or perhaps there was a dark family secret that kept her at her family house. I have tried to explain to my male client that in Ukraine it is not common to move out from your parents once you turn 18 yeas old. Many students got to college at the same city where their parents live so they do not move out.  Of course if the girl or a boy moves to a bigger city to enter the university he or she would have to live in the dormitory or rent an apartment and sometimes they do tend to live with friends as roommates, but in majority of cases if the girl is originally from the big city and she went to the university in the same city then the most common scenario would include her staying with her parents at their house until she gets married or decides to move in with a serious boyfriend. By the way this was exactly the case with our female client who has ended up moving in with our male client in the USA! Our male client was still looking for a “dark secret” during their first year as a married couple. He couldn’t believe she loved him enough to leave her parents in Ukraine and relocate after living with them for so many years. I think he has finally relaxed a little bit after their second anniversary as a married couple and he has relaxed completely after they had their first kid. This brings us to the difference number 3.

Last year we have introduced our female client to our male client. They both were in their early 30s. They hit it off really quickly and after a few dates were already discussing serious topics like “having kids”, “moving in together”, “best place for a honeymoon”. Our female client really liked our male client. She told me that he was fun, easy-going, smart and they both were crazy about hiking and small dogs. He had Masters in Marketing and she had Masters in Management. They both were huge fans of “Games of Thrones”. I felt love was in the air or as we call it at diolli.com: it felt like “a couple was forming” in the air. The only thing that she didn’t like (or didn’t understand) about her new boyfriend was the fact he didn’t own an apartment or a car. He rented his apartment. Our female client was suspicious that either he was really bad with money which equals to “he was reckless and not husband material” or he was just not serious about settling down. It took me and my team several sessions with her until she started considering that it was actually possible to be normal in the USA to rent an apartment all your life instead of actually buying property. I have recommended my male client to explain to her why he has chosen living in the rental apartment. He was surprised at first but after he realized that this misunderstanding was a reason of her bad mood he brought this topic up. He told her that he has moved out from his parents’ house when he was 17 years old to enter college. During college and later in the university he lived with 2 close friends whom he knew back from high school. At 25 one of his friends moved in with his girlfriend so it was just he and his other friend now.  The apartment felt too big for them, so they have moved to another apartment, which they rent. Shortly after that his friend got a job at another city and moved out. Our client has changed an apartment again only to be moving again in less than a year because he was promoted and now had to move to the head office the company he worked for. So when his Ukrainian girlfriend (our female client) has startled him with the question why he didn’t buy an apartment of his own though he was already 33 years old, he honestly told her that he was not sure where his career would bring him in the next few years and also he was never in serious relationship to consider buying a “family” apartment. It was just him so a small apartment was serving its purpose, though of course he was thinking about getting something bigger once he was in steady relationship. Our male client has found what he wanted – a smart beautiful manager from Ukraine. He and his Ukrainian fiancée are now looking for a new apartment to buy together, because she still feels strange about renting a place to live in and he wants her to worry less and just to be happy next to him.

As you can see little and bigger misunderstandings based on the difference in cultures can appear at any stage of building relationship with the Ukrainian lady. It is important to keep in mind that there might be different habits and perceptions and to openly discuss your thoughts with your partner. A simple conversation can return you good sleep and bring a smile to her face.