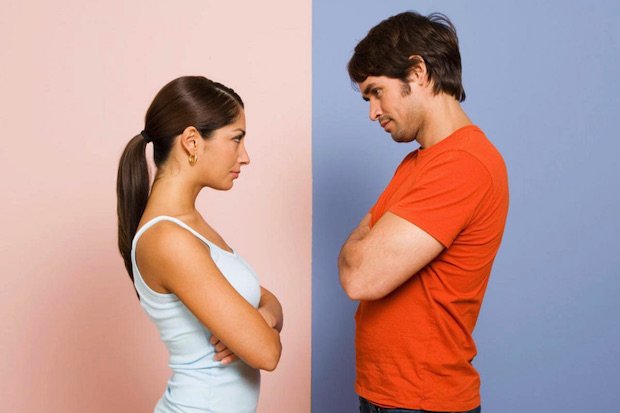 10 signs she isn’t ready to have a serious relationship

It will be the first alarm if she forgets to respond your messages or does it late all the time (if it`s not a long-distance relationship and you have a big time-difference), she doesn’t return your calls, she shows up late for dates. That all means she is not just that into you and accordingly she is not ready to have a serious relationship with you or in general.

2.She doesn’t want to meet your family

She has so many excuses not to meet your family even after one year of the relationship. She refuses to meet your friends either or introduce you with her own. Pay attention maybe she is afraid of being in public with you as well. Have you ever noticed it? It means she isn’t ready for a serious relationship.

3.She chooses her career on you

She has a 5-years business plan for her project but she can’t answer you if you are going to spend a vacation together. Sorry but you are not her primary consideration. Her career is the #1 priority. She prefers to build a serious relationship with her job.

4.She avoids having a serious conversation

She refuses to talk about the future together. She doesn’t want to talk about more serious things than for example “how is the weather like today”… Not a good sign.

It`s very easy to notice and realize if she is not over her past yet. She keeps talking about her ex-boyfriend and funny stories that happened with them. She compares your relationship to the past one. She calls you by his name from time to time. In this case there is no room for a serious relationship.

6.You are not the only one

Almost every weekend she loves to spend time at nightclubs drinking cocktails and dancing all night long instead of having a romantic dinner with you and watching a movie about true love.

8.She keeps distance between you

She doesn’t want to move in together and doesn’t even leave her items at your place. Or what even worse she doesn’t want you to spend the whole night with her and ask you to leave right after a pleasant part with the excuse that she has an early morning meeting at work. Maybe she needs only sex but not a serious relationship.

She doesn’t want to travel and explore a new country together. She prefers to spend a vacation with her friends but promises to buy you a magnet.

She has trust issues. Who knows maybe it`s connected with her past failed relationship. She says that she doesn’t trust men and doesn’t really give you the opportunity to take care about her. She wants to be independent and does not accept your help in any way. She used to count only on herself. Usually this kind of woman is cold and unapproachable but if you give her time and find the right “tools” to her heart there might be the possibility to build a serious relationship.

Don’t be too serious to yourself but with a serious relationship.